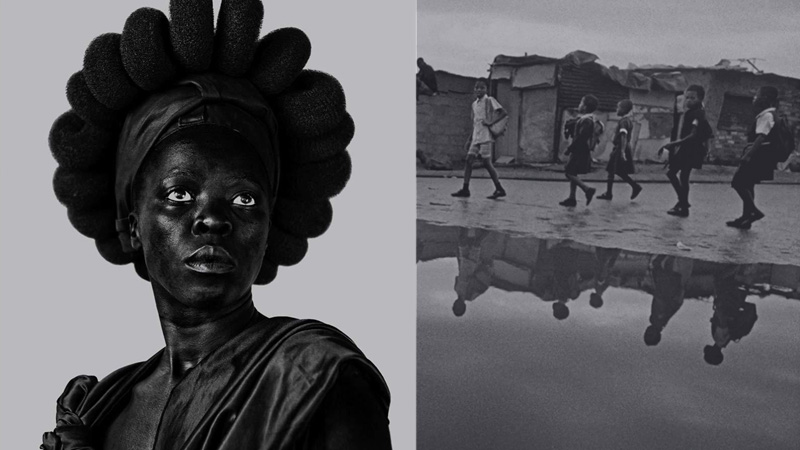 While image-making, along with image archiving, have taken different forms over the years — advancing in tandem with photography’s multiple technological advancements particularly in recent times — the idea of a compilation of images is one that is hard not to romanticise. Photo books are cool. They look dope on the coffee table, they inspire curiosity, and they are reliable records of memory. They also make for great collector’s items; and this is why we wiped the flimsy dust setting on some of our favourite photo books to get you started — should you be interested in finding and/or adding more.

Somnyama Ngonyama is photographer Zanele Muholi’s on-going series of self-portraits. It marks a departure from the work that brought her acclaim, that of documenting the LGBTQI communities she came across during her various travels. The show initially opened at Stevenson Gallery in 2017. Viewed together, the images are striking for a number of reasons. They strike literal fear in the observer, confront the logic of a regressive society, and in doing so question who belongs. The images also strike the resonant edge of technical brilliance, a testament to Muholi’s growth as a photographer over the years. Associate professors Hlonipha Mokoena and Neelika Jayawardane are among the contributors who share the thousand words to language the feelings we can’t, while curator Renée Mussai’s interview frees up Zanele to clarify her intentions. She chose self-portraiture to remind people that our Black faces are important, she explains. “I am producing this photographic document to encourage individuals in my community to be brave enough to occupy spaces – brave enough to create without fear of being vilified.”