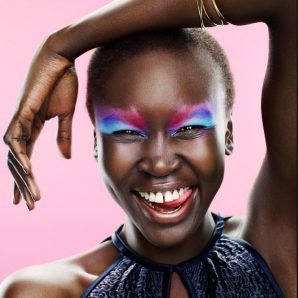 Alek Wek (born 16 April 1977) is a South Sudanese-British model and designer who began her fashion career at the age of 18 in 1995. She has been hailed for her influence on the perception of beauty in the fashion industry. She is from the Dinka ethnic group in South Sudan, but fled to Britain in 1991 to escape the civil war in Sudan. In 2015, she was listed as one of BBC’s 100 Women.Alek was born in Wau in Sudan (now South Sudan), in a two-bedroom house without electricity or running water, and is the seventh of nine children. Her mother Akuol (b. 1946) was a housewife, and her father Athian (1933–1985) was an education official. Her name reportedly means “Black Spotted Cow”. Alek has stated that physically, she resembles her father, who was 6’5″ and also had unusually long limbs. Alek suffered from the skin condition psoriasis from infancy until age 14.

When the civil war broke out in Wau in 1985, the Wek family had to flee from both rebel and government forces. Her father, Athian, once broke his hip in a bicycle accident, and his hip was repaired with metal pins. Long periods of walking caused Athian’s hip to get infected, and upon the family’s return to Wau, he became paralysed and endured a haemorrhage. He died at a relative’s home in Khartoum. After arriving in London at age 14, Alek’s psoriasis immediately cleared, possibly due to the damp climate. She enrolled in the London College of Fashion and studied Fashion Business and Technology. Alek was discovered at an outdoor market in 1995 in Crystal Palace, London by a Models 1 scout. She appeared in the music video for “GoldenEye” by Tina Turner that year, and shortly thereafter began fashion modeling. She was signed to Ford Models in 1996 and also appeared in the “Got ‘Til It’s Gone” music video by Janet Jackson that year. She was named “Model of the Year” in 1997 by MTV, and was the first African model to appear on the cover of Elle that year. Alek has modelled for many notable fashion houses. Alek has appeared on the cover of American, French, German and South African Elle as well as i-D, Cosmopolitan, Glamour, Forbes Magazine Africa and Ebony. She has also been featured in editorials in American and British Vogue. In 2002 she made her acting debut in The Four Feathers as Sudanese princess Aquol. Herb Ritts photographed her for a 1999 calendar in a Joanne Gair body painting that was a highlight of Gair’s first retrospective. In September 2015, Alek walked for Marc Jacobs at Spring/Summer 2016 New York Fashion Week, later appearing in the label’s Spring Summer 2016 campaign. In May 2016, she modelled for four special edition covers of Brazilian Elle.

Dark-skinned models were rare, if not unheard of, in the high fashion industry. Alek was “the first black model who didn’t conform to a Caucasian aesthetic, the first with an uncompromising, sub-Saharan beauty… her industry saw her as new and exotic – a savage beauty.” As a result, Alek’s mainstream success was celebrated by black women all over the world. Oprah Winfrey commented that “if Alek had been on the cover of a magazine when I was growing up, I would have had a different concept of who I was.” In a speech on beauty and self-perception, Kenyan actress Lupita Nyong’o stated that she had been a self-conscious, insecure teenager before seeing Alek in the spotlight: “When I saw Alek, I inadvertently saw a reflection of myself that I could not deny. Now, I had a spring in my step because I felt more seen, more appreciated by the far-away gatekeepers of beauty”. Alek also designs a range of designer handbags called “Wek 1933”, which are available throughout selected Selfridges department stores. The name refers to the year her father was born. Her inspiration for the designs came from the brass-clasp briefcase carried by her father. 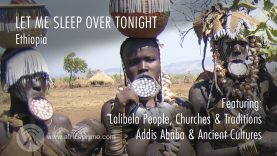