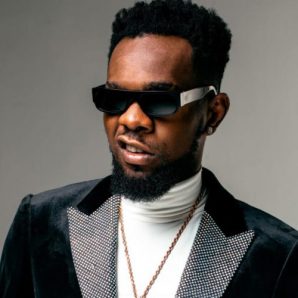 Patoranking is a 29 year old Nigerian musician. A quick Google search for the best dancehall artists in Africa, and Patoranking’s name is sure to pop up. His beats are a unique blend of dancehall, reggae and Afrobeats combined, recognizable both on the continent and the global music scene.

In 2016 and 2017, he was a judge on the internationally-acclaimed reality singing competition, The Voice Nigeria. He was also awarded MTV Africa’s Song of the Year for hit song My Woman, My Everything in 2016. The following year, he was crowned Best African Artist at the South African Music Awards (SAMA). Internationally, he was featured on Major Lazer’s Particula hit song alongside Nasty C, Jidenna and Ice Prince in 2018. In the same year, he traveled with American singer and songwriter Lauryn Hill for The Miseducation for Lauryn Hill album’s 20th anniversary tour across North America as a special guest.

To date, Patoranking has been nominated for over 40 awards including Male Artist of the Year and Best Dancehall Artist, taking home more than 20 awards for these categories.