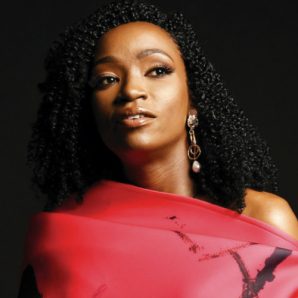 Shamim Nabuuma Kaliisa  is the founder and Executive Director of Chil Artificial Intelligence Lab, pursuing artificial intelligence in medicine. At only 24, Shamim Nabuuma Kaliisa is an entrepreneur with a background in the medical field. She is also a cancer survivor. But she would rather you call her an entrepreneur, she expresses, as she arrives for the Forbes Africa 30 Under 30 photoshoot in Johannesburg, straight from the airport, after flying in from Uganda. Her company Chil Artificial Intelligence Lab was founded out of both passion and personal experience.

When she was 13, she lost her mother to cervical cancer. Kaliisa’s mother had one last wish. “She called for me from school and when I reached the Uganda Cancer Institute, my mother told me ‘my daughter, study hard and become a doctor and look for a way to extend services to women like your mother who lacked key screening services in our villages’,” Kaliisa recounts. Those last words sank in and the young Kaliisa vowed to fulfil her mother’s dream. But things took a different turn. During her second year pursuing a bachelor’s degree in medicine and surgery, she felt an unusual pain in one of her breasts. She got it tested and the results returned positive. “Luckily, it was still in its early stages. I was treated, though I lost one of my breasts [to mastectomy] as a way to save the rest of me,” she says.

These experiences led to her founding a company in 2017 to offer mobile cancer screening, which later incorporated the use of artificial intelligence guided e-oncology services (to detect cervical and breast cancer). Today, her company also incorporates drone services for easier transportation of cervical cancer specimens from the rural areas to laboratories without women having to travel long distances out of the villages. Kaliisa, who locals refer to as “mama cancer”, is a winner of the Takeda Young Entrepreneur Award 2018, Young African Entrepreneur Award 2018, Social Impact Finalist AWIEF Awards 2018, has received an Honourable Mention at the Maathai Impact Award 2019, and was chosen among the top 10 artificial intelligence companies founded in Africa by Google for start-ups. She has also been endorsed by the Tony Elumelu Foundation. Kaliisa continues to make strides in the field of cancer screening. Packing up her things after the photoshoot with us, she heads back to the airport for her flight home. It’s business as usual for this young woman on a mission to help women in villages survive cancer like she did.