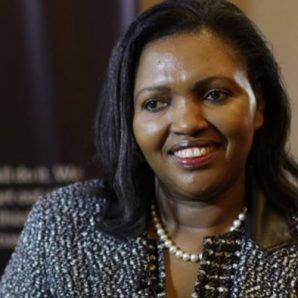 Tabitha Karanja’s success story is that of resilience and fortitude. The 51-year-old is the founder and CEO of the only large-scale brewery in Kenya owned by a Kenyan. She launched Keroche Breweries in 1997, initially making fortified wine and later moving into spirits and, from 2008, beer.

Tabitha ventured into a territory where a few before her had dared to, breaking gender stereotypes and taking on East African Breweries (EAB), an international company that had monopolised the Kenyan market for more than 90 years. EAB’s dominance had Tabitha struggling to find distributors willing to sell her beer, but she continued pressing until the market responded to her main beer brand Summit.

Summit is now so appreciated in the country that last year Tabitha opened a $29 million expansion of its brewery. As Keroche enjoys continued growth, Tabitha plans to expand into neighbouring countries, including Tanzania, Uganda, and Rwanda.