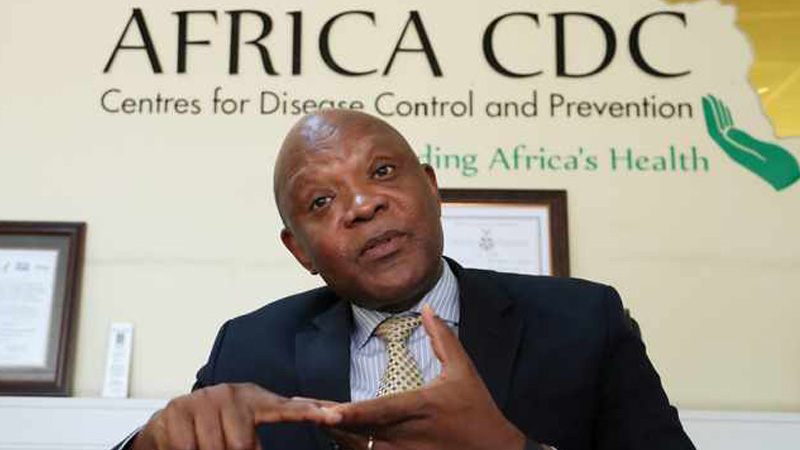 Kampala/Nairobi – Africa is beginning to slowly “bend the curve” of Covid-19 infections as measures like mask-wearing and social distancing slow down the spread of the pandemic on the continent, the Africa Centres for Disease Control and Prevention said on Thursday. Although the spread of the Covid-19 outbreak was slow in Africa in the early stages of the pandemic, the rate of infection gradually accelerated especially in South Africa, which now accounts for more than half of its case load of more than 1.1 million.

On average, there were signs of a decline in new infections across Africa over the last two weeks, said John Nkengasong, head of Africa CDC. “So I think that is really some sign of hope that we are beginning to bend the curve slowly. We take this news with cautious optimism,” he said. “It’s very, very early, we’re dealing with a very delicate virus that spreads very quickly but it’s important to recognise those slight tendencies that are positive.”

Last week Africa reported a total of 73 000 new cases compared to 55 000 cases the previous week, with the reduction mostly driven by South Africa, World Health Organisation (WHO)Regional Director, Matshidiso Moeti, told an online press conference on Thursday. Although pressure was building in some countries to open up schools, Nkengasong said it was proper to delay such a move until infections have declined substantially.

He cautioned a hasty re-opening of schools in Africa could repeat experiences of other countries like Israel where they were re-opened and then shut down again after infections spiked. Africa’s caseload has remained relatively low compared to other continents, a factor that has been attributed to its relative isolation.

Low levels of testing in many countries also means infection rates are likely to be higher than reported, according to some experts. Moeti said the slowing infections in Africa was encouraging but that “we cannot be complacent. Cases are continuing to increase in some countries particularly as borders, businesses and schools are opening up.”