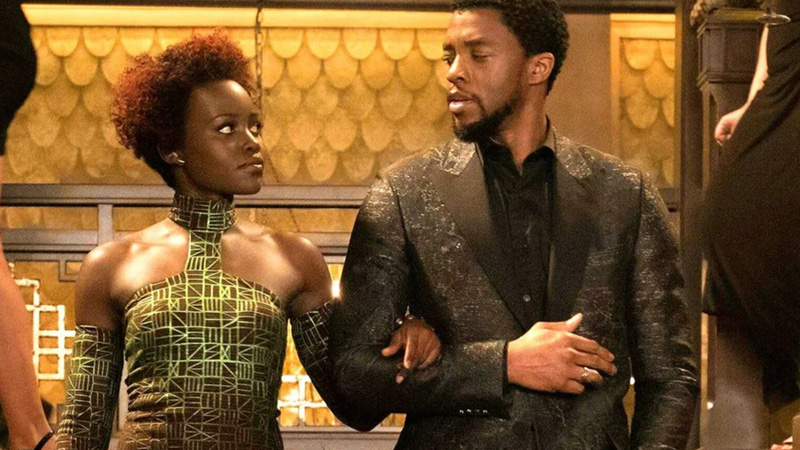 A new exhibition explores the extraordinary work of Oscar-winning designer Ruth E Carter. She speaks to Nadia Neophytou about Coming 2 America, Black Panther and Afrofuturism. It’s hard to overstate Ruth E Carter’s achievement in costume design on Black Panther, even now, three years after the film’s release. She did, after all, win an Oscar for it. Not only did a massive movie franchise like Marvel finally put a leading black superhero on screen, but he was regally dressed too. As many pundits noted, the film marked a defining moment for black America. But it was a moment that also reverberated throughout the world, not least on the African continent itself, where the Basotho blankets and Ndebele neck-rings were instantly recognised for the items of rich heritage they are. It was a moment of pride that for so long had been denied to Africans portrayed on screen in Hollywood productions.

Ten of those Black Panther costumes – plus some from Coming 2 America – are included in an exhibition dedicated to Carter’s career at Atlanta’s Scad Fash Museum of Fashion + Film. The exhibition, titled Afrofuturism in Costume Design, is running until mid-September, and tells the story of the 60-year-old’s ascension as one of only two costume designers in history – and the first black woman – to have a star on the Hollywood Walk of Fame. It’s also the story of how Carter has played a groundbreaking role in the way African fashion is seen.

“I still get excited talking about Black Panther now,” Carter tells BBC Culture, over a video call from Atlanta. “It’s amazing how meaningful it is, even for me, being an African-American, to connect to  something real from Africa and put it in a movie and show the world: ‘This is part of South African culture’ or ‘This is from the Lesotho people’. It makes it so much more meaningful; it has so much more depth.” Through Black Panther – which became the 12th highest-grossing film ever, and saw fans attend screenings in traditional African attire to celebrate its release – Carter imbued fantasy costumes with very real significance, informed by her research into various parts of African culture.

Black Panther allowed Carter to “connect everything I’ve done about slavery and about how Africans came to this country, and what happened to their culture,” she says. African filmmakers, from the early works of Senegal’s Ousmane Sembène to the breakout stars of Nigeria’s popular Nollywood titles, have long used film and TV to tell their stories, and to reflect back particular styles and sensibilities of their culture. Many classics remain influential today, in the way that Jay Z and Beyoncé’s On The Run II tour poster was inspired by Djibril Diop Mambéty’s 1973 film Touki Bouki, or Vogue writes about the enduring, if tragic, sophistication of Sembéne’s 1966 film La Noire de. Netflix, too, is streaming more content produced in Africa these days, feeding an appetite for homegrown movies and TV shows that go deeper than the Hollywood stereotypes typically have.

Decolonising the gaze: Africa doesn’t need Hollywood, but thanks to the work of costume designers like Carter – along with the rise of social media, particularly Instagram – we’ve begun to enjoy a far richer experience of the continent’s fashion on screens beyond its borders. While Hollywood has been playing catch-up in decolonising the gaze that has for so long informed its productions – buoyed by a leftover legacy of Western filmmakers depicting Africans as exotic and wild, in decades-old tales like Out of Africa and The African Queen – the depiction of its fashion has progressed. Less animal print and ‘curio’ items, more accurate reflections of individuals with agency.