African fashion is on the rise, says Naomi Campbell: ‘And it’s about time!’ - Africa Prime 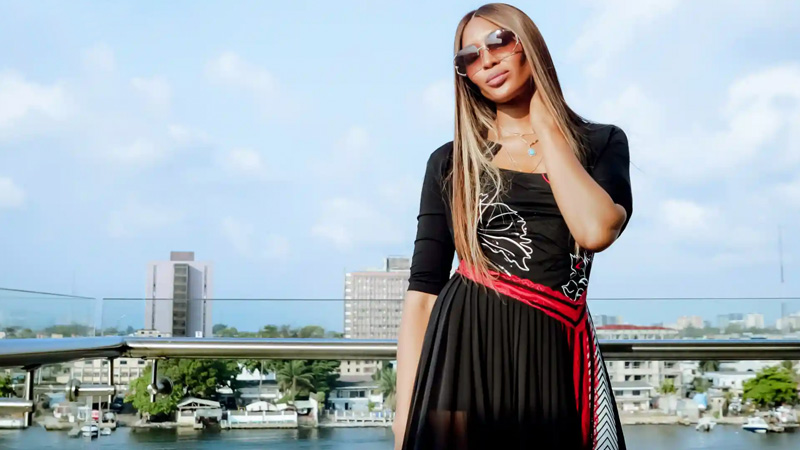 The supermodel speaks from Lagos about inclusivity in fashion. With high-street brands collapsing and the world wearing sweatpants, 2020 has not been a stellar year for fashion. But at Arise fashion week, in Lagos, Nigeria, which concluded on Saturday, there were green shoots of hope, said Naomi Campbell. “There’s definitely a few stars here. I’m very impressed. Covid has brought out a lot of creativity in a lot of people.” Campbell flew to Nigeria last week to take part in the African style showcase. “I was going to do it virtually,” she said by phone from Lagos, “and then I thought, you know what? I want to go and bring awareness to their great work. It’s important on many levels, because Arise gives these young designers a platform to be globally recognised, to be embraced by fashion weeks around the world, and really to be included.”

This year’s event took the socially-distanced format of a talent search. Thirty African designers aged under 30 were selected to show their collections to a virtual audience, with an overall winner chosen by a roster of judges including American artist Kehinde Wiley and South African designer David Tlale. The shortlist included non-binary sustainable label Lagos Space Programme, ultra-chic Mmuso Maxwell and the eventual winner, Kenneth Ize, who showed at Paris fashion week for the first time this year. All received $5,000, while Ize was awarded $100,000 and an extra jolt of publicity in the form of Campbell walking in his show on Saturday evening. Mentoring was also be part of the deal for the winner, said Campbell. It was particularly important as the wider world slowly woke up to Africa’s creativity and spending power.

“There has, in the past, been the wrong perception about the continent and the creativity that comes out of it,” she said. “Right about now, everyone’s kind of got it, finally – for example, that Nigeria is one of the biggest emerging markets with the under-30s, so everyone is looking in this direction. But we don’t want Africa to be considered as a trend. Supporting African designers working in innovative and sustainable ways is just one way to propel fashion towards positive change post Covid-19. “People want affordable, sustainable fashion – and that’s what we are trying to do here,” said the model. The notoriously white and privileged fashion business must also be inclusive if it is to reset in a positive way. Campbell has been speaking out on this subject for decades, long before the industry’s recent outpouring of apologies and diversity strategies in the wake of the Black Lives Matter movement.

“It’s kind of embarrassing, in 2020, to finally have all of this happen, to wake up to that. You should have been doing that already – that’s my opinion. I have not really taken part in any of these discussions because I find them a little bit insulting,” said Campbell. “I’ve been pushing this thing for so many years, so now, for me, there is no change. What I’m doing is exactly what I was doing before this movement started – and I’m going to continue. It’s what I believe in, basically.”