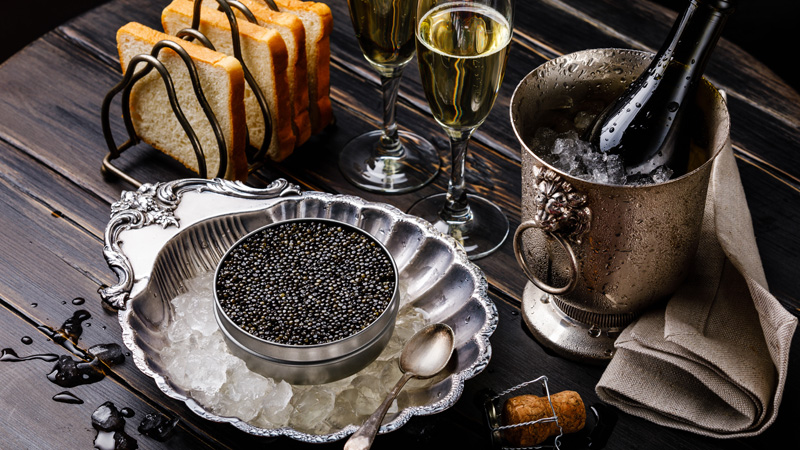 Quality! – not Quantity is the object Rova Caviar has established Africa’s first caviar farm in Madagascar. Quality, not quantity is the object, with a kilo of its produce normally selling for thousands of dollars in the capitals of the rich world. But it’s a business model that requires patience, especially when sales are held back by the Covid-19 pandemic. At the pristine, rain-fed Lake Mantasoa, 1,400m above sea level and surrounded by forest on all sides, a Madagascan caviar farm produces roe for the wealthy diners of Paris and other global capitals. The farm – Africa’s first ever caviar-producing sturgeon facility – has decided to postpone its spring harvest this year, as the island nation went into lockdown and its supply chains retracted because of the global coronavirus pandemic. But as social distancing restrictions ease, Rova Caviar is again primed to extract the next batch of roe from the abdomen of its pure-bred sturgeon; which will be rinsed, salt-cured and tinned. A 250g tin of Rova Caviar’s “Supreme” range is priced at €700 ($757). Each fish produces up to 12kg of roe, which makes its produce worth nearly as much as an Audi A6. 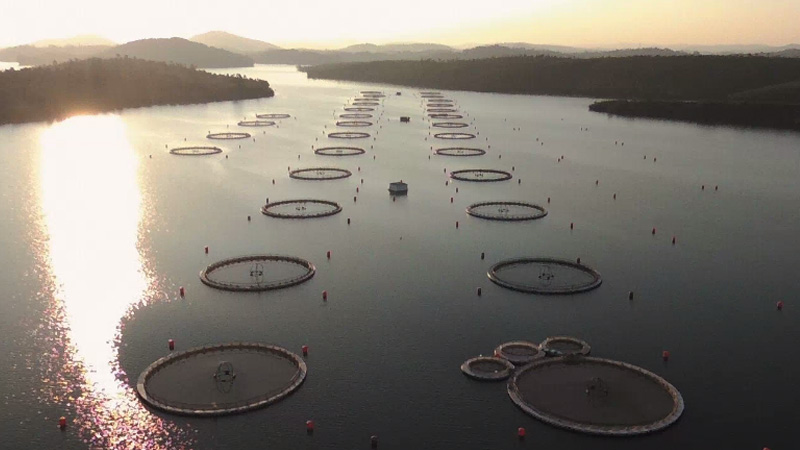 A business model that requires patience

It’s a business model that demands substantial early investment, and lots of patience. Rovar Caviar was established in 2009, but only started trading in 2017, its staff waiting eight years for their first generation of French-imported sturgeon to grow to sexual maturity and produce the delicacy loved by Aristotle, European monarchs and an increasing number of Africans with a taste for haute cuisine.

“At a time when the countries where our caviar is sold are in lockdown, especially with all the restaurants closed, we have obviously been hard-hit like all of our competitors,” said Delphyne Dabezies, one of three French founders and CEO of Rova Caviar, who’s lived on the island since the 1990s. “But as for farming, we are carrying on business with the same seriousness and passion in spite of the lockdown. From the hatchery to the cages in the lake, the sturgeon are very alive, they keep growing, they have to be fed and their wellbeing looked after every day. There is no shortage of work”. The farm, where masked staff have daily temperature checks, contain thousands of caviar-producing sturgeon, including 1,500 prized Beluga, made famous for roe that gives a rich, deep, buttery taste. Once they reach maturity in 2026, each should carry a payload worth $86,600.

The farm produced over 5 tonnes of caviar in 2019, part of a world market of about 340 tonnes. The company, which packages its caviar in black tins illustrated with a colonial building, aims to benefit from the unique Madagascan origins. Rova says that the low density of fish in its lake – around a third of its French competitors – leads to a superior product, while established trade links between Madagascar and France bring the product to market. Madagascar’s relatively small population of 26m had a GDP per capita of just $527 in 2018, according to the World Bank, and its limited infrastructure and geographic isolation increase the cost of trade. The economy is largely reliant on mining and agriculture. Food exports including coffee, shellfish and the world’s second largest share of vanilla exports are increasingly important. Despite Madagascar’s relative isolation from global markets, Rova Caviar says it was able to deliver orders to Paris within 24 hours prior to the lockdown. The speed of delivery and success of Rova’s entry into the European market will likely determine the businesses’ long term viability.

Dabezies says her company is positioning to enter Russia’s well-established market after launches in New York and Hong Kong earlier this year. Retailers are being souced in Nigeria and other African countries, and prestige hotels and restaurants in the Indian Ocean islands are supplied with “Madagascar’s black pearls”. Out of the farm’s 300 plus staff, 80% are employed from the villages surrounding Lake Mantasoa.

The global caviar market was forecast to reach $1.55bn by 2021, according to UK-based market research company Technavio; a predicted increase of almost 75% from 2016, but one that must be in significant doubt as the impacts of coronavirus become clearer. The elite status and high cost of caviar has proved particularly alluring to the rapidly expanding number of Chinese high net worth individuals. While China is a significant consumer of global supply, it is the country from which producers like Rova face their greatest competition. After witnessing the near destruction of sturgeon from pollution in their own lakes, Chinese caviar farms are now flourishing. Chinese production ramped up in the wake of a US ban on imports from the Caspian Sea in 2005 following warnings from the the International Union for Conservation of Nature that wild sturgeon were “more critically endangered than any other group of species”.

Chinese caviar has flooded the US and European markets, causing prices to plummet. According to the UN Food and Agriculture Organisation, the import price to the US fell from $850,000 per tonne in January 2012 to $350,000 per tonne in November 2018, despite growing demand. As part of the ongoing trade war between China and the US, Washington imposed an initial 10% tariff on Chinese caviar which could rise to a potential 25%. One industry analyst who chose to speak anonymously, spoke of concerns regarding breeding conditions in China – especially due to the high density of fish in hatcheries – and the overuse of the preservative borax. Chinese farms remain ascendant, however. Chinese producer Kaluga Queen supplies the first-class cabins of German airline Lufthansa, and Hangzhou Qiandao­hu Xunlong Sci-Tech is the world’s largest producer, controlling roughly 30% of the global market.

But the widespread economic disruption caused by coronavirus could yet wreak havoc on the global market for the delicacy. The indefinite closure of restaurants and hotels across the world, combined with supply chain difficulties and the increasing likelihood of a lengthy global recession, could lead to a slump in demand for a product associated with economic boom times and profligate customers. With spring harvest postponed and fears rising over the future of the global dining industry, Rova can only focus on pampering its prized stock while hoping for better days. “We do not want to be the biggest global caviar producer,” Dabezies explains. “Our ambition is to produce caviar that is acknowledged to be the best in the world, while at the same time respecting nature and living beings, and we are doing everything in our power to achieve this goal”.