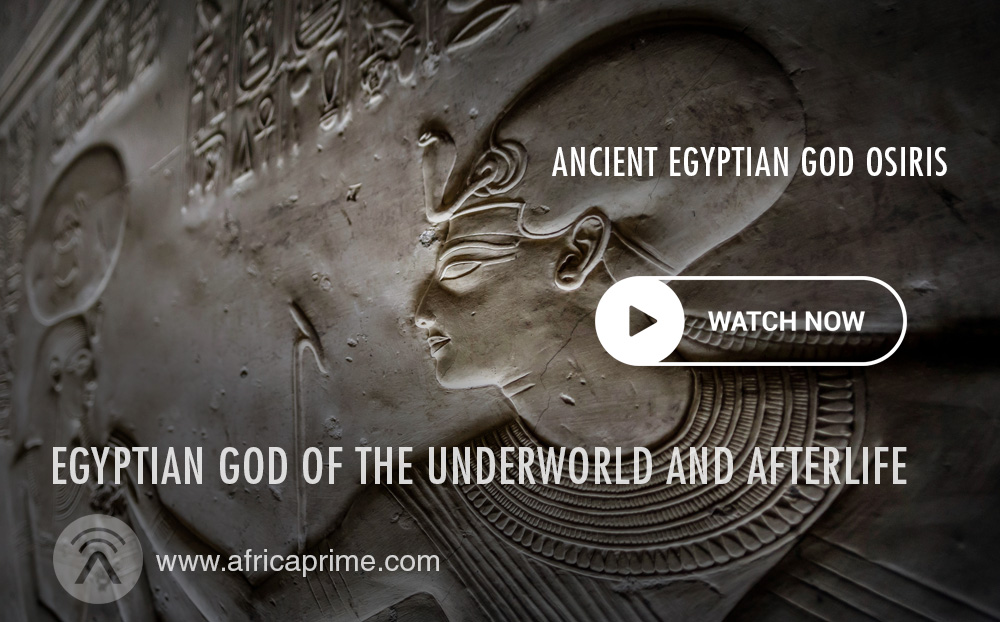 The Egyprian god Osiris is the god of fertility, agriculture, the afterlife, the dead, resurrection, life, and vegetation in ancient Egyptian religion. He was classically depicted as a green-skinned deity with a pharaoh’s beard, partially mummy-wrapped at the legs, wearing a distinctive atef crown, and holding a symbolic crook and flail. He was one of the first to be associated with the mummy wrap. When his brother, Set, cut him up into pieces after killing him, Isis, his wife, found all the pieces and wrapped his body up, enabling him to return to life. Osiris was at times considered the eldest son of the god Geb and the sky goddess Nut, as well as being brother and husband of Isis, with Horus being considered his posthumously begotten son. He was also associated with the epithet Khenti-Amentiu, meaning “Foremost of the Westerners”, a reference to his kingship in the land of the dead. Through syncretism with Iah, he is also a god of the Moon.

Osiris was the judge of the dead and the underworld agency that granted all life, including sprouting vegetation and the fertile flooding of the Nile River. He was described as “He Who is Permanently Benign and Youthful” and the “Lord of Silence”. The kings of Egypt were associated with Osiris in death – as Osiris rose from the dead so they would be in union with him, and inherit eternal life through a process of imitative magic.

Through the hope of new life after death, Osiris began to be associated with the cycles observed in nature, in particular vegetation and the annual flooding of the Nile, through his links with the heliacal rising of Orion and Sirius at the start of the new year. Osiris was widely worshipped until the decline of ancient Egyptian religion during the rise of Christianity in the Roman Empire.