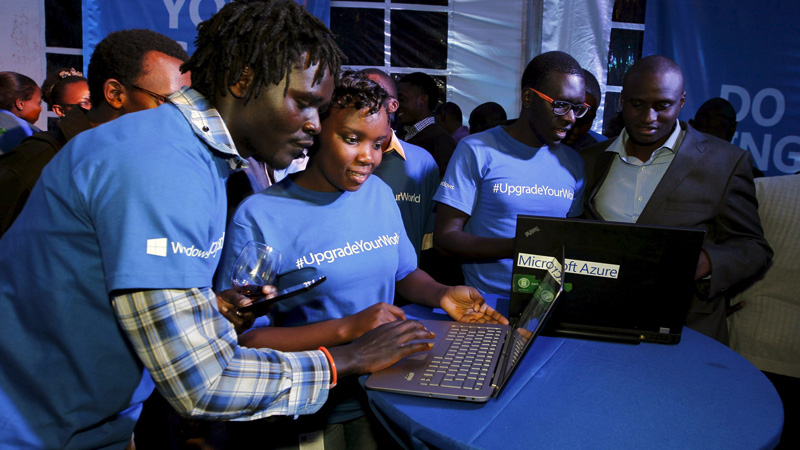 Amazon is currently interviewing Nigerian developers for roles that promise relocation to Ireland and Canada. These moves coincide with the growth of software engineering talent in Africa in the last decade thanks in part to the work of companies like Andela that have helped produce the continent’s estimated 716,000 developers. Some of them have become startup founders who then hire developers, creating a ripple effect that inspires young students to consider careers in software engineering.

Microsoft is returning to Africa to hire more developers, the company is interested in people still enrolled in or who have recently completed a bachelor’s or master’s degree in engineering, computer science or related fields, and have one year of programming experience in languages like Java, Python and PHP. Being able to show an understanding of data structures and algorithms is also required. By going directly to universities for candidates that do not necessarily have years of experience, Microsoft’s betting on the diffusion of the innovation buzz from African tech companies and communities typically based in cities like Lagos, Nairobi, and Kigali to other parts of each country. The Windows maker may have to thank its competitor, Google, whose developer groups on campuses have become a key channel introducing young African undergraduates to the world of software development.

Dennis Osadebe: Meet the Nigerian artist visualizing Africa’s future by reaching into the past