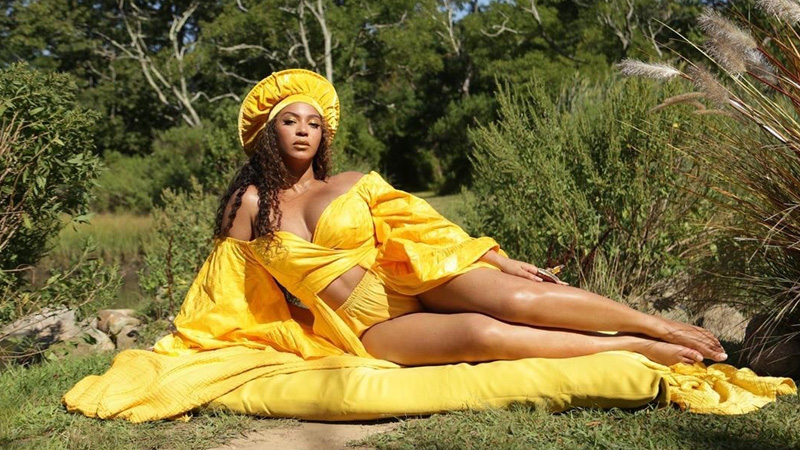 Beyonce amplifies the diversity of cultures throughout the African diaspora.

In this op-ed, fashion historian and curator Darnell-Jamal Lisby breaks down the fashion from Black Is King and their connections to specific African regions, cultures, and traditions.

Throughout the years, fashion has been an essential element to the way Beyoncé communicates, specifically Black empowerment. As an extension of her 2019 Lion King: The Gift studio album, her latest musical film Black is King reimagines the Disney classic The Lion King through the eyes of people instead of digitally animated animals. In this way, Beyoncé, who acts as the film’s narrator, is able to help push society away from conditioned tropes of African peoples while using clothing to overtly and subtly subvert the 1994 narrative into a tastefully executed ode to the true beauty of Africa and its people. Through the fashion in Black Is King, it introduces us to new perspectives through design that amplifies the collective elegance of Black bodies and the diversity of African diasporic cultures.

Beyoncé’s long-time stylist Zerina Akers served as the film’s costume designer, commissioning custom designs from a bountiful selection of designers from and outside of the African Diaspora. Although Beyoncé worked with many fashion houses like Burberry, Valentino, and Mugler, there was a concerted effort to present a range of work by Black and other designers of color on par with their heavyweight fashion peers. Designers like Jerome LaMaar, Loza Maléombhoa, and Alon Livné and labels like Tongoro Studio interpreted traditional symbols from various African cultures to pay homage to the continent’s artistic richness. Setting name recognition aside and looking at pure materiality and narrative, the styles throughout Black is King are cohesive and electrifying, allowing the inspirational perspective of each designer to add to the captivating story and highlight the multitudes of African people and cultural traditions

There are nods to specific accouterments that help tie into the plot of Black is King while maintaining a consistent level of admiration for these cultures. One uniform representation in Beyoncé’s artistry is the Yoruba goddess of rivers and fertility, Oshun. Whether ushering the film’s beginning wearing a white Wendy Nichol gown pieced in white Japanese organza and white silk habotai walking in the rolling waves or wearing the Balmain marigold dress with a pleated off-the-shoulder bodice towards the end of the film, these designs conveyed a connection to Oshun and spirituality. As celebrated in Lemonade, Oshun signifies renewal and life. Additional fashions in Black Is King that showed the essence of Oshun include Senegalese designer Adama Ndiaye’s sprawling dress and halo-like gele. There is also, of course, the beaded gown by Brazilian designer Alexandrine that we saw in shots in the 2019 release of “Spirit” and styled with the stunning cowrie mask by “Queen of the Cowries” Lafalaise Dion.

When it comes to African textiles and dress traditions, particularly West Africa, the costumes in the film create a dialogue between respected customs and contemporary fashion. The history of wax print in the region, which has Dutch origins, and its reclamation by African communities is very vital to the continent. During the Dutch colonization of Indonesia, wax prints did not penetrate the local market as a profitable good; turning their sites on a new consumer, West African communities adopted the textile as a way to assimilate into the Eurocentric colonial landscape. The subversion of this textile by contemporary African designers to direct a new empowering course of wax print is incredible. Pieces such as the printed Mugler jumpsuit (in “My Power”), the Vrettos Vrettakos crystal-encrusted multicolored dress (in “Find Your Way Back”), the Venny Etienne cinched floral printed jacket (in “Already”), or the Erdem floral printed gown (in “Mood 4 Eva’) unwittingly directed attention to the essence of the decorative nuances of wax print.