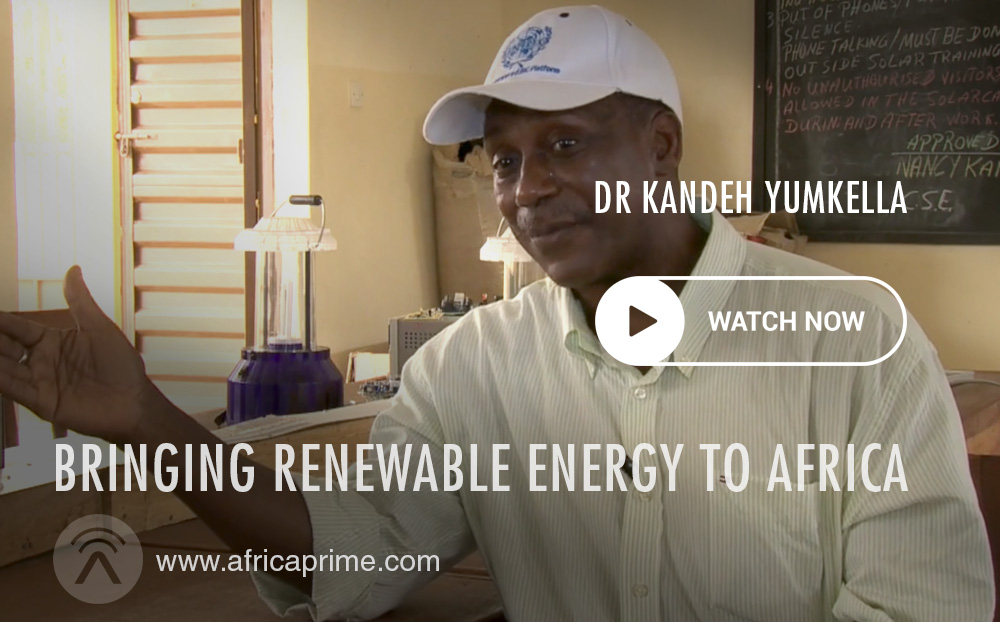 Alhaji Dr. Kandeh Kolleh Yumkella (born July 5, 1959) is a Sierra Leonean Agricultural economist, politician, and the former United Nations Under-Secretary-General and the Special Representative of the Secretary-General for Sustainable Energy for All. He was also the chief executive officer of the Sustainable Energy for All Initiative. Yumkella is a former Chairman of UN-Energy and a two-term former Director-General of the United Nations Industrial Development Organization (UNIDO).

Born in Kambia District of Northern Sierra Leone, Yumkella has a B.Sc. from Njala University; a M.Sc. from the Cornell University; and a Ph.D. in Agricultural economics from the University of Illinois.

In December 2005, Dr. Kandeh K. Yumkella was appointed Director-General of the United Nations Industrial Development Organization (UNIDO), having previously worked in various high-level policy positions in UNIDO. He was re-appointed for a second four-year term in office in December 2009.

Prior to working for UNIDO, Yumkella was the Minister for Trade and Industry of Sierra Leone from 1994-1995. From 1987-1996, he held various academic positions at Michigan State University and the University of Illinois in the United States. In recognition of his leadership and his passion for energy and environment-related causes, Yumkella was appointed as Chair of UN-Energy in 2008 by the UN Secretary-General.