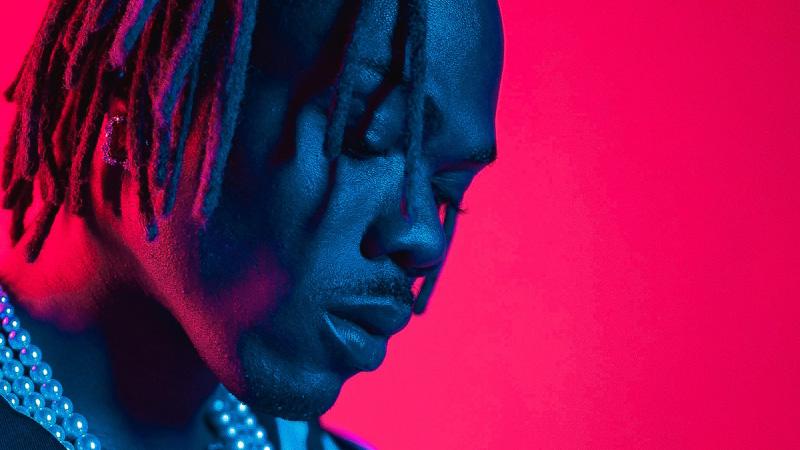 “Many people on the internet didn’t even know whose song it was,” says the Nigerian singer. So he’s setting the record straight and telling the story of his global smash

One night in early September, a friend of Chukwuka Ekweani sent him a clip of his song “Love Nwantiti” being used in a TikTok challenge. The friend told him he thought the sound would be huge on the app, but Ekweani — a Nigerian emo-Afrobeats singer-songwriter and producer who performs as CKay — didn’t take that predicition seriously. “‘Love Nwantiti’ [had already] blown up in Nigeria and many other countries last year,” the 26-year-old tells Rolling Stone. “So I didn’t expect it to blow up all over again. Thankfully, I was wrong. She showed it to me again two days later and it had gone completely viral.”

For weeks now, that TikTok sound, a remix of CKay’s song featuring DJ Yo and Axel, has taken over the video-sharing app and has grabbed the ears of millions of listeners across the world. On TikTok, more than 3 million videos have been created under the sound. And since September 11th, the song has remained the most Shazamed song in the world, beating out the Kid Laroi and Justin Beiber’s “Stay,” and Elton John’s remix of “Cold Heart” featuring Dua Lipa. Right now, “Love Nwantiti” is charting in 160 countries.

Born to middle-class Igbo parents in Kaduna, a state in northern Nigeria, CKay began to make waves in the music industry with the release of his 2018 dance tune “Container.” Since then, he has released two EPs and collaborated with some of the country’s biggest stars, including Davido, while putting forth a sexy, dance-worthy, and sometimes experimental brand of Afrobeats.

“Love Nwantinti” means small love in Igbo, the language in which CKay sings a better part of the song. On the track, CKay grapples with an intense desire for a love interest. For TikTok users, the sound is fluid and versatile and can be used in creating different kinds of content. The most popular are the dance videos replicating a dance routine created by popular TikToker Tracy Joseph. “I find the sound really cute,” says Fola Francis, a 27-year-old fashion designer who regularly posts on TikTok.  “People use the sound when they’re trying to feel cute, or when they’re serving face card. You don’t have to do too much to use the sound, that’s what makes it so easy. It’s such an effortless sound.”

In spite of the song’s success, several misconceptions have ridden its coattails, primarily about where it came from and who made it. Some listeners claim it was made by a Moroccan artist whose cover had gained some attention. And while different creators on TikTok were making several iterations of the sound — which often went viral — the song’s true creator sometimes got lost.

The remix with DJ Yo and Axel, a slowed-down version of the original, has been the most popular of these iterations — but the pair initially released the song before securing CKay’s permission. (Eventually all artists agreed on a proper release.) “I felt robbed at first,” CKay says. “Because, for one, it was a bootleg version; two, a lot of the TikTok videos renamed the song, so many people on the internet didn’t even know whose song it was. Also, certain countries enjoyed the music a little too much and started to claim it was theirs. I appreciate the love, but, yeah, I had to go on TikTok again and set things straight.”

What he means by setting things straight meant was posting a 34-second TikTok video of himself singing an acoustic version of the song. A move that has gone a long way in reaffirming that he indeed owns the song.