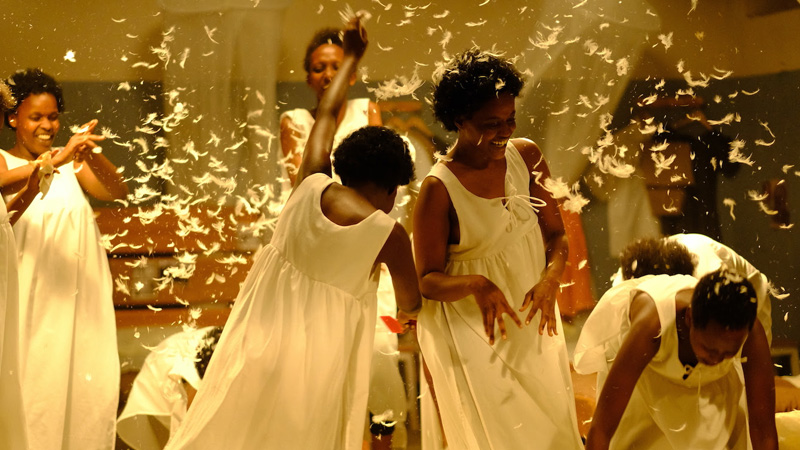 This year’s virtual edition of the fest features both experimental gems and several Oscar contenders.

The 28th edition of the New York African Film Festival (taking place online this year, of course) bears the theme “Notes from Home: Recurring Dreams & Women’s Voices.” The festival’s mission statement explains the curation this way: “As the lines between our global communities become more blurred (or disappear altogether), so too does our perception of the spaces in which we find ourselves […]” Likewise, the program features films “by and about African women that celebrate the beauty and strength of these women standing tall as catalysts of change.”

The lineup features Desmond Ovbiagele’s The Milkmaid (Nigeria’s entry for the 2021 Academy Award for Best International Feature Film), about a woman who defies religious extremists in her town, and Lemohang Jeremiah Mosese’s acclaimed This Is Not a Burial, It’s a Resurrection (Lesotho’s first ever Oscar entry), about an old woman whose arrangements for her burial are endangered when her village is slated to be destroyed by the construction of a new dam.

The virtual festival is being presented jointly by Film at Lincoln Center and Maysles Documentary Center. For the first two weeks of the month-long fest, half of the features and shorts in the program will be available to stream via FLC, following which the rest will be available through Maysles.