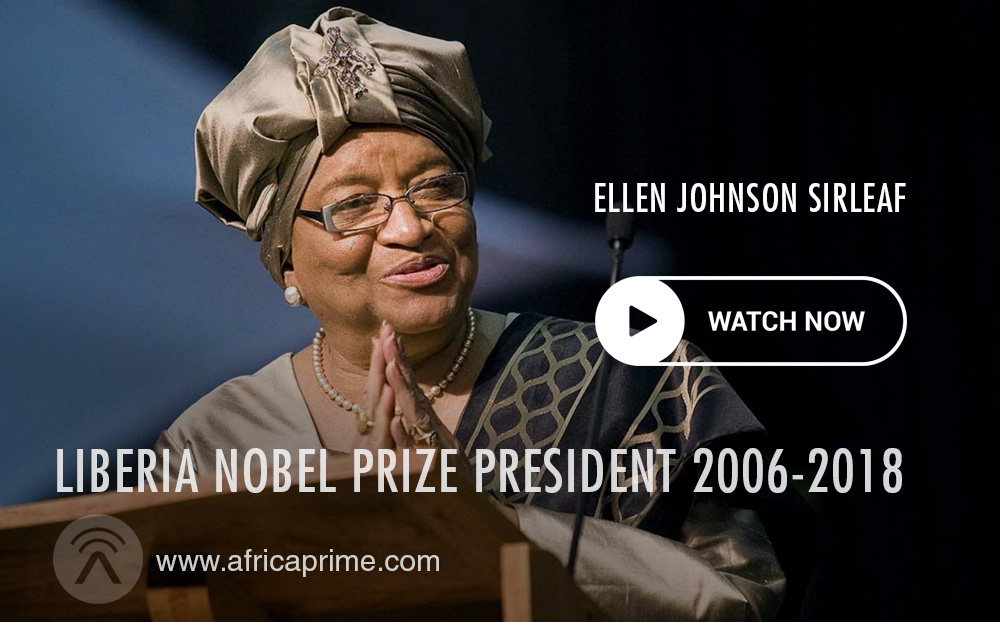 Ellen Johnson Sirleaf  is a Nobel Prize winner and Liberia politician who served as the 24th President of Liberia from 2006 to 2018. Sirleaf was the first elected female head of state in Africa.

Ellen Eugenia Johnson was born in Monrovia to a Gola father and Kru-German mother. She was educated at the College of West Africa. She completed her education in the United States, where she studied at Madison Business College and Harvard University. She returned to Liberia to work in William Tolbert’s government as Deputy Minister of Finance from 1971 to 1974. Later she worked again in the West, for the World Bank in the Caribbean and Latin America. In 1979, she received a cabinet appointment as Minister of Finance, serving to 1980. After Samuel Doe seized power that year in a coup d’état and executed Tolbert, Sirleaf fled to the United States. She worked for Citibank and then the Equator Bank. She returned to Liberia to contest a senatorial seat for Montserrado County in 1985, an election that was disputed.

She won the 2005 presidential election and took office on 16 January 2006. She was re-elected in 2011. She was the first woman in Africa elected as president of her country. She won the Nobel Peace Prize in 2011, in recognition of her efforts to bring women into the peacekeeping process. She has received numerous other awards for her leadership. In June 2016, Sirleaf was elected as the Chair of the Economic Community of West African States, making her the first woman to hold the position since it was created.