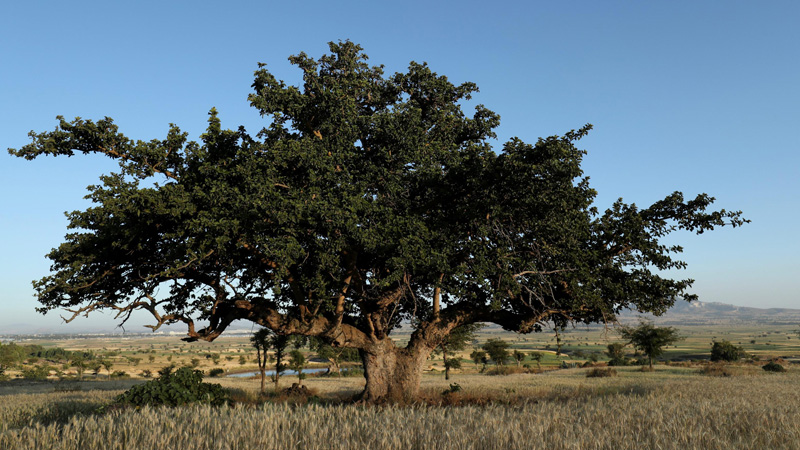 Ethiopia is working on planting five billion trees this year, part of an ambitious plan to plant 20 billion seedlings by 2024 to help build a green climate resistant economy. The initiative, started by prime minister Abiy Ahmed, follows the Green Legacy Challenge project that claimed to plant a record 353 million seedlings on a single day, and a total of 4 billion last year. But it comes as Ethiopia faces a ballooning budget deficit and a growing government expenditure with dwindling foreign investment in the wake of the coronavirus pandemic

The new expenditure is budgeted to cost the country over 4 billion Birr, ($117 million) which is believed to be a conservative estimate and is now expected to likely cost twice as much due to cost of plants in urban areas. “The new initiative seems appealing from the outset and it is a good opportunity to raise forest coverage of the country, but the cost to plant and take a care of the trees should be taken into consideration when the government attempts to make such a plan a reality,” Adefris Worku, an environmentalist based in the capital told Quartz. Up to 84% of the seedlings planted last year have survived and that more than 20 million people were mobilized throughout the country for the effort, according to the prime minister. The initiative has been getting support from nations including Norway, Sweden and the United Nations Development Program (UNDP) as a way to help Ethiopia embrace a green agenda and help create sustainable local jobs. The call to plant more trees is part of Ethiopia’s national “Green Legacy” initiative, which according to the prime minister’s office, aims to tackle deforestation and the effects of climate change by educating Ethiopians on the environment, and planting different “eco-friendly seedlings”. Perhaps more than other countries, severe droughts, food shortages, and flash floods responsible for mass displacements of people has made the effects of climate change especially felt in the East African country.

But one challenge of planting trees across Ethiopia is that it might have the opposite of a beneficial effect, and could even threaten some of the country’s ecosystems. Scientists have worried that for the initiative to work, trees planted in the country’s different ecological environments need to be tailor-made for their location. If the right trees are not planted in the environments for which they are a fit, the “Green Legacy” might be doing more harm than good. Ethiopia’s ability to execute such an ambitious plan also continues to be questioned and last year the government blamed time constraints for the absence of independent observers, including the Guinness Book of World Record, to certify the high figure. Over 90% of the country’s estimated 110 million population obtain energy from biomass, but unsustainable harvest from natural forests resulted in the widening of the gap between supply and demand of forest.

Between 2007 and 2015, according to the Ethiopian Commission of Environment Forest and Climate Change, the nation imported 3.06 million meter cube of various industrial wood products, approximately worth $182.5 million.