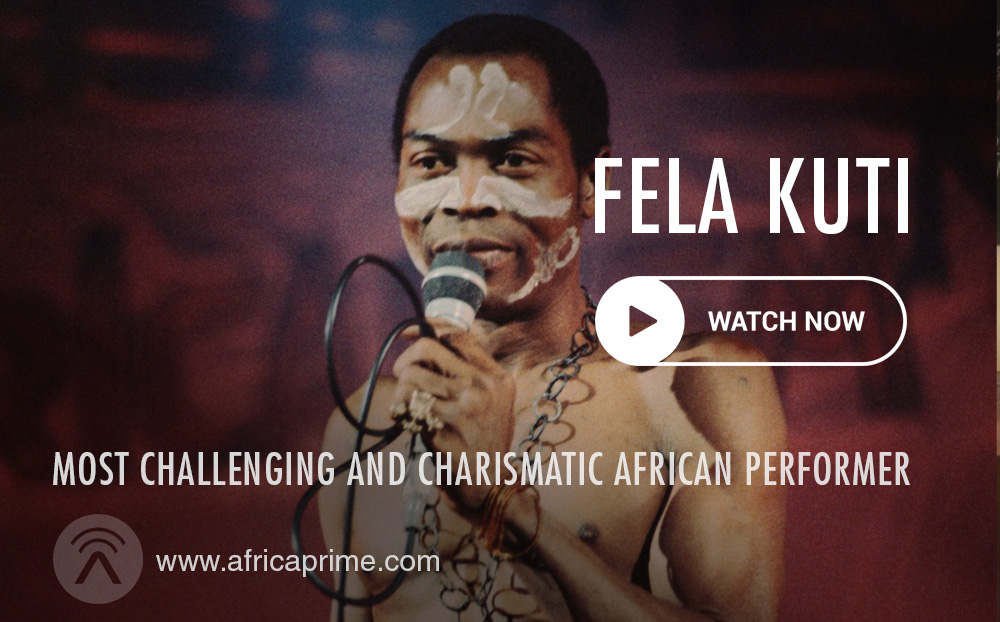 Fela Anikulapo Kuti was a Nigerian multi-instrumentalist, bandleader, composer, political activist, and Pan-Africanist. He is best known as a pioneer of the Afrobeat genre, a blend of traditional yoruba and Afro-Cuban music with funk and jazz. Musicians described him as “a musical and sociopolitical voice” of international significance.

Fela was the son of Nigerian women’s rights activist Funmilayo Ransome-Kuti. After early experiences abroad, he and his band Africa ’70 (including drummer Tony Allen) became stars in Nigeria during the 1970s, during which time he was an outspoken critic and target of Nigeria’s military junta. In 1970, he founded the Kalakuta Republic commune, which declared itself independent from military rule and was destroyed in a violent 1977 raid. Since his death in 1997, reissues and compilations of his music have been overseen by his son Femi Kuti.

The musical style of Fela is called Afrobeat, a style he largely created, which is a complex fusion of jazz, funk, Ghanaian highlife, psychedelic rock and traditional West African chants and rhythms. Afrobeat also borrows heavily from the native “tinker pan”. Tony Allen (Fela’s drummer of twenty years) was instrumental in the creation of Afrobeat. Fela once stated that “there would be no Afrobeat, without Tony Allen”.