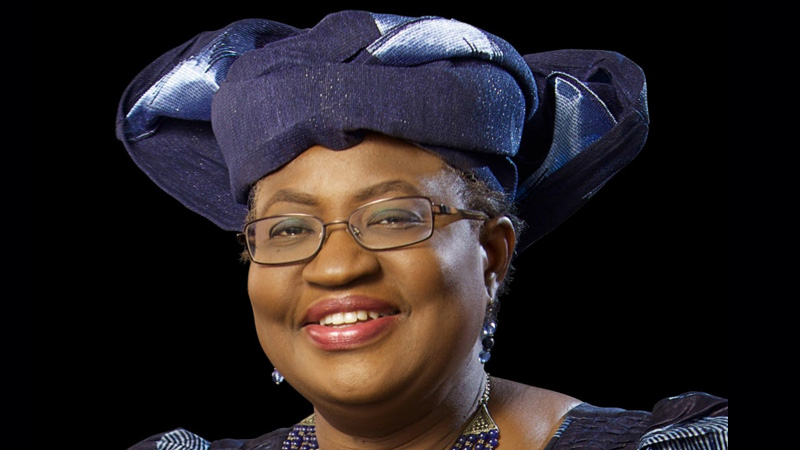 Ngozi Okonjo-Iweala has been adjudged the ‘2020 African of the Year’. Previous winners have been Rwandan President Paul Kagame (2018) and African Development Bank President Akinwumi Adesina (2019). Okonjo-Iweala is well-positioned to take on the next big role, transforming Africa and negotiating on the world stage. About 17 years ago, Dr. Ngozi Okonjo-Iweala challenged Nigeria’s patriarchy by becoming the longest-serving finance minister, the first foreign minister, and most importantly, the first woman to ever hold those positions.

Today, she is on the brink of yet another first, as a finalist to the top post as the seventh Director-General of the World Trade Organization (WTO), a position which will make Okonjo-Iweala the first African and once again the first woman to lead the prestigious trade body. Okonjo-Iweala has the largest support – 164 members – from all levels of development and geographies following a grueling five-month competitive vetting process that began with eight candidates. The final decision is still awaited and could come anytime. But hurdles are nothing new for Okonjo-Iweala. As Nigeria’s finance minister, serving two terms under the leadership of President Olusegun Obasanjo and President Goodluck Jonathan, Okonjo-Iweala has had to slay her fair share of goliaths in her illustrious career spanning over 40 years.

She recounts one particular incident, which was one of the most traumatic in her life. “My mother was kidnapped and held for five days when I was finance minister. The [kidnappers] thought that killing me would be too merciful and wanted to paralyze me for the rest of my life. When you are fighting powerful people who are corrupt, they fight back in very dangerous ways,” says Okonjo-Iweala in an interview with FORBES AFRICA in November, from Washington DC. All through the ordeal, Okonjo-Iweala stood her ground with the backing of her father and was able to mount enough pressure for the kidnappers to release her 83-year-old mother unharmed.

“I tried to stop paying some corrupt people some money that they were trying to get from the government fraudulently, and with the backing of the president, we said we wouldn’t pay. So, they told me to go on radio or TV and resign and leave the country or else they would kill my mother. I thought maybe something would happen to my children or my husband or my siblings, so we were constantly telling our children to be careful and mindful and to be watchful. I never dreamed anyone would touch my parents.” And as if that was not enough, there was also the mammoth issue of Nigeria’s $30 billion debt, along with a debt service of about $2 billion a year, which Okonjo-Iweala had been tasked by President Obasanjo to rectify. The call came when she was in the middle of a successful career at the World Bank, where Okonjo-Iweala had worked her way up diligently as a development economist to becoming a Managing Director.

“I moved very fast within the bank. I was enjoying what I was doing. I was doing things that helped people and projects that made a difference like bringing in water supply and increase agricultural production [and bring about] better living conditions and that really motivated me a lot. I received my promotions in a timely fashion because I worked hard,” says Okonjo-Iweala. She heeded the call of President Obasanjo to return home and help Nigeria get a firm grip on its enormous debt. In six months, Okonjo-Iweala had already introduced reforms which included reorganizing the bank by removing the six agencies who were supposed to be in charge of Nigeria’s debt facility and replacing it with the debt management office which still stands today. She also implemented technological innovations to streamline operations and finally managed to write off $18 billion dollars of the debt owed by Nigeria before returning to the World Bank.

“When I came back to the bank after the six-month leave, I was promoted to vice president and corporate secretary for a couple of years before President Obasanjo asked me to come back again and be finance minister. So, I resigned in 2003 and I went to be finance minister for three years and then spent another four years under President Jonathan, which makes a total of seven years”.” In her second term as finance minister, she completely cleared the rest of the debt and focused on transparency and fighting corruption and tried to put the account of the country and the management of finances on a more modern technology platform, which would enable Nigeria to curtail leakages of revenue and salaries. She was determined to stop the endemic corruption that had plagued Nigeria for years.

“And when you do that, you put yourself in a position of attack constantly so sometimes I couldn’t tell whether the attacks were happening because I was trying to block revenue leakages and block corruption or whether I was being attacked because I was a woman or both.”

Even in the early years of her career, the goal for Okonjo-Iweala during her tenure especially at the World Bank was always to learn as much as possible and rotate between different countries and regions so she could use that knowledge to return home and help build Nigeria. Her 25-year career at the World Bank helped her do exactly that. Her passion for the development of Nigeria and Africa is one that was birthed out of conflict. She spent her early childhood with her grandmother in the village of Ogwashi-Ukwu in Delta State Nigeria. Her parents, who were both academics specializing in mathematical statistics and economics and sociology respectively, had received scholarships to study in Germany, which meant they had to leave the young Okonjo-Iweala to learn the lessons of life from her grandmother.