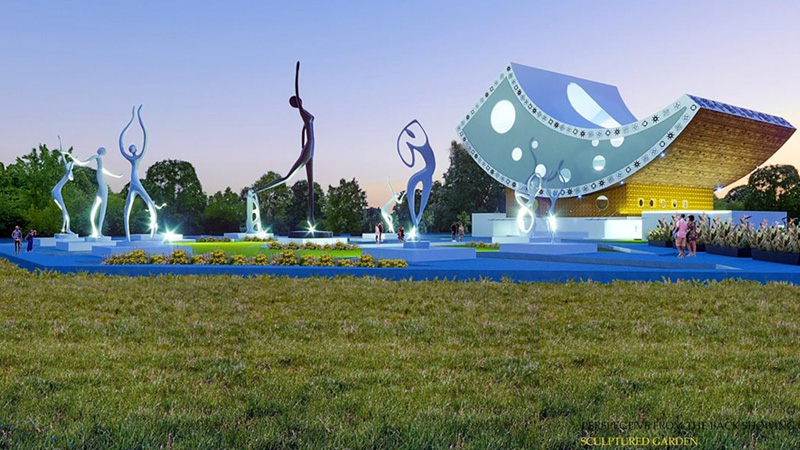 A new museum has been inaugurated in Ghana. (21 September 2020). The Pan African Heritage World Museum (PAHWM). It attests the dedicated commitment to the restoration of the dreams of our ancestors, from the nameless heroes and heroines to the modern intellectuals dating back to the likes of Wilmot Blyden and James Johnson.

Within one of it’s buildings, the lives of ancestral figures like Oduduwa of the Yoruba people, the gods and goddesses, the pharaohs and the pyramids come alive. In this “pyramid of history,” the emphatic words of W. E. B. Du Bois is heard loud and clear; the unrecoverable dreams of Julius Nyerere and the prayerful hope of Nelson Mandela is reenacted, as we gravitate towards Nkrumah’s Africa. We are not letting go of the past to be reborn; we reborn history to renew the future. The signature is ours, in our ageless Adinkra symbol of “He who does not know can know from learning.” The goal is to connect the past to the future: “Our own story inspires our future.”

Museums are all about memories, the politics of the past, the vision of the future, preserving that which should not be lost, and the vision of the future, for generations unborn always to know, and remain in the light. The hope is to renew and energize our intellectual prowess and lionize our knowledge into precious values: “To become the leading learning center on the continent of Africa for the preservation, conservation and exhibition of the story of Africa as told by Africans on the continent and in the Diaspora.”

And carrying our pregnancy—with its pain and endurance—is one of us, Kojo Yankah, an educator, university founder, and former parliamentarian. With the skills of running a business, a government, and a university, the man in his 70s is now embarking on a mission, fighting for it like a young adult in his mid-30s, rushing ahead not to become a fool at 40. His mission is to further preserve the labors of our heroes past, to keep their dream alive. His mission aligns with mine and others—the quest to harmonize the voices present at home and abroad, genuinely turning them into a potent weapon of scholarship. These passionate crusaders will embark on a daunting task of creating a concerted renaissance of African civilization and cultural ethos. And for the realization of that, Yankah has assembled the most erudite of minds with deep and passionate concerns for African solidarity, to whom being a part of this project is of exceeding joy. This project seeks to unite Africa, taking a bold step towards the sermons, struggles, and quest of Pan-Africanism since conception. “Forward ever,” I

With leading talents such as Professors Abena Busia and Molefi Asante, the African intellectual vanguards behind this museum reached a set of consensus on facts, experience, and realizable goals, creating a modern scholarly Black Panther. The platform will be history: the assemblage of crucial information on civilization and heritage. The eyes will see major African landmarks—walking you through the origin of humans in Africa, making significant stops down to the present-day. With the rich knowledge gained, minds will be liberated. The guests will become knowledgeable and gratified. The lost past will also be discovered. A renaissance will occur, like that which spurs great modernity. Africa will enter its new world, a united world, with thoughtful muses and speculative ruminations.

If planlessness has ruined many of what we do in Africa, the narrative is different in this case. The structure is in place, comprising an honorary Council of Patrons (African kings, presidents, and eminent personalities), an Advisory Council, a Board of Trustees, an International Academic Council, and the Museum Executive Management Committee.