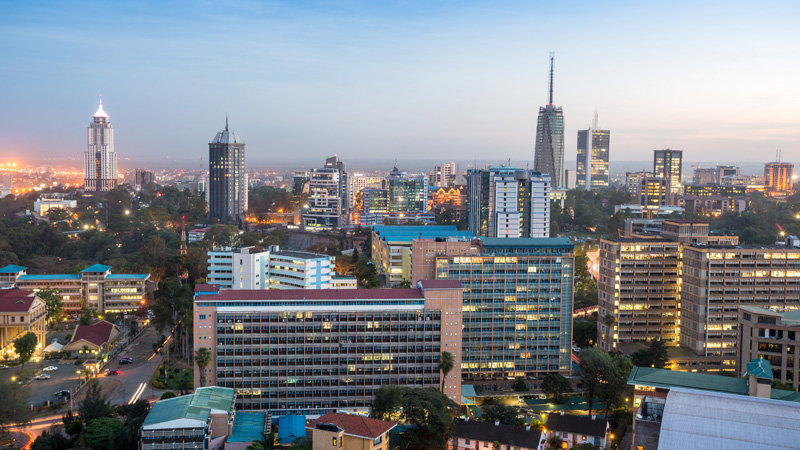 Kenyan startups have rebounded on the funding front in the last couple of years. Startups from the country raised more than anyone else in 2019, attracting US$149 million, and there were several major rounds in 2020 as well. One logistics startup company, Sendy, raised a US$20 million funding round to help it expand across Africa. Agri-tech startup, Twiga Foods, secured KES3.2 billion (US$29.4 million) in debt funding from the International Finance Corporation (IFC), and B2B e-commerce platform Sokowatch raised US$14 million in Series A funding as it continues its rapid expansion across the continent.

Kenya looks set to become the latest African country to adopt startup-specific legislation for the first time after the September gazetting of “The Startup Bill, 2020. The first specific startup law globally was passed in Italy in 2012, and Tunisia and Senegal were the first two African countries to have enacted them. A host of countries, including Mali, Ghana, Ivory Coast, the Democratic Republic of Congo (DRC), and Rwanda, are expected to implement their own. Kenya, however, is the first of the “big five” startup ecosystems to publish its own proposed legislation, though there have been some movements to do the same in South Africa. “The Startup Bill, 2020” was published in the Kenya Gazette on September 14, sponsored by Nairobi County senator Johnson Sakaja, and will now go through various phases of committee, debate and amendment before it eventually becomes law.

In October, Kenyan ed-tech startup eLimu was acquired by Co-Creation Hub (CcHub) in a deal that will transform eLimu into the educational arm of the incubator. eLimu, which has developed revision and literacy platforms that make learning fun and engaging for children both at school and at home, helps improve learning outcomes for over 500,000 learners each year, and will now become part of the Nigeria-headquartered CcHub after it was acquired by iHub, the Kenyan innovation hub owned by CcHub after it was itself acquired last September. The goal of the acquisition is to transform eLimu into the digital education platform arm of the company. eLimu will continue to focus on leveraging cutting edge technology to create interactive and engaging learning content customised to the African context, which will be initiated using the existing apps. The acquisition will enable it to scale these apps beyond Kenya.

The Nairobi-based Villgro Kenya incubator and impact investor announced in November it had rebranded as Villgro Africa and expanded across the continent as it bids to support more e-health startups. The India-based Villgro Innovations Foundation expanded to Africa in 2017 with the launch of Villgro Kenya, an early-stage business incubator and impact investor that offers mentoring, funding and access to networks to startups in the healthcare and life sciences sector in East Africa. Since its inception, Villgro Kenya has enabled access to healthcare to those at the bottom of the pyramid, and successfully supported 21 enterprises with seed funding totalling US$1 million. Its most recent grants were made in May, and enterprises supported by Villgro have generated revenues of US$2.2 million, touching 2 million lives. As part of the fight against the COVID-19 pandemic, Villgro also funded 11 innovative startups that have made significant contributions to the resilience of Kenya’s health system. It is now scaling this impact across the continent.

You don’t get many IPOs in the African startups space, but back in September Kenyan music startup Mdundo listed its shares on the Nasdaq First North Growth Market Denmark last month following an oversubscribed pre-sale period that raised DKK40 million (US$6.4 million), in a bid to solidify its leading position in the pan-African music market. Launched in 2013, Mdundo provides access to all the continent’s favourite music to over five million monthly active users in 15 countries in Sub-Saharan Africa, with over 20 million monthly downloads and streams via its website and app. Its first quarterly report in November suggested positive developments in that respect, with Mdundo reporting 27 per cent growth in monthly active users between June and September. The company said it was on track to hit its nine million monthly active user target in June 2021, and double that in 2022.

The Surprising story of African-Irish children