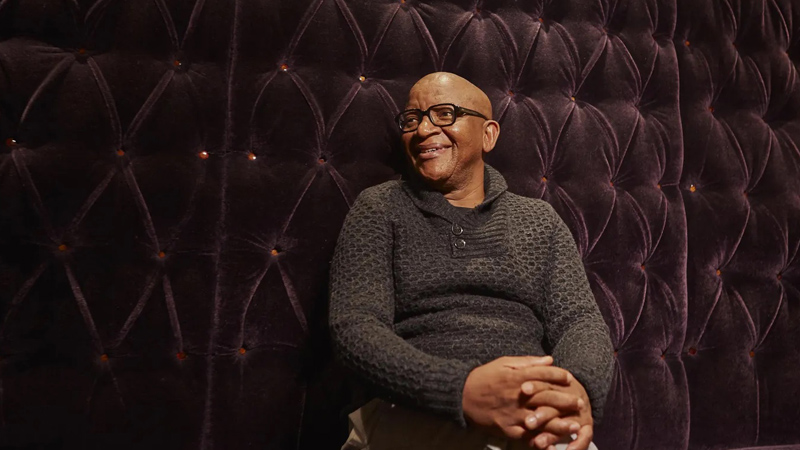 Lebo M on 25 years of The Lion King on Broadway

As Disney’s global success reaches a new milestone, the composer and singer reflects on the impact the cultural juggernaut has had. Disney’s “The Lion King” debuted on New York City’s Broadway stage almost 30 years ago, and the African spirit and fire within the phenomenon continues to burn bright. Dubbed “The voice and spirit of The Lion King” by Disney, Grammy award-winning South African composer, and producer Lebo M traveled back to New York City’s New Amsterdam Theatre to reminisce on the journey his talent and life experiences have taken him on.

“Nants ingonyama bagithi Baba!” His iconic chant introduced us to the world of Pride Rock and is arguably one of the most easily recognizable Disney lyrics to date — even though half of the participants probably don’t know what they’re saying. Our conversation with the star revealed that he owes much of his early success to a case of being in the right place at the right time. Initially a coffee runner at Los Angeles’s Hilton Studio, Morake was introduced to the late South African legend Johnny Clegg and fellow Lion King composer Hans Zimmer, ultimately leading to his being recruited to co-write and co-compose his first film The Power of One.

This relationship with Zimmer led to the opportunity to join the Disney franchise, and the rest, as they say, is history. We spoke with the South African great on the reality of the American entertainment industry, and how Black and African people need to better invest in themselves.

A Platform to Strengthen Venture Capital Ecosystems in Africa