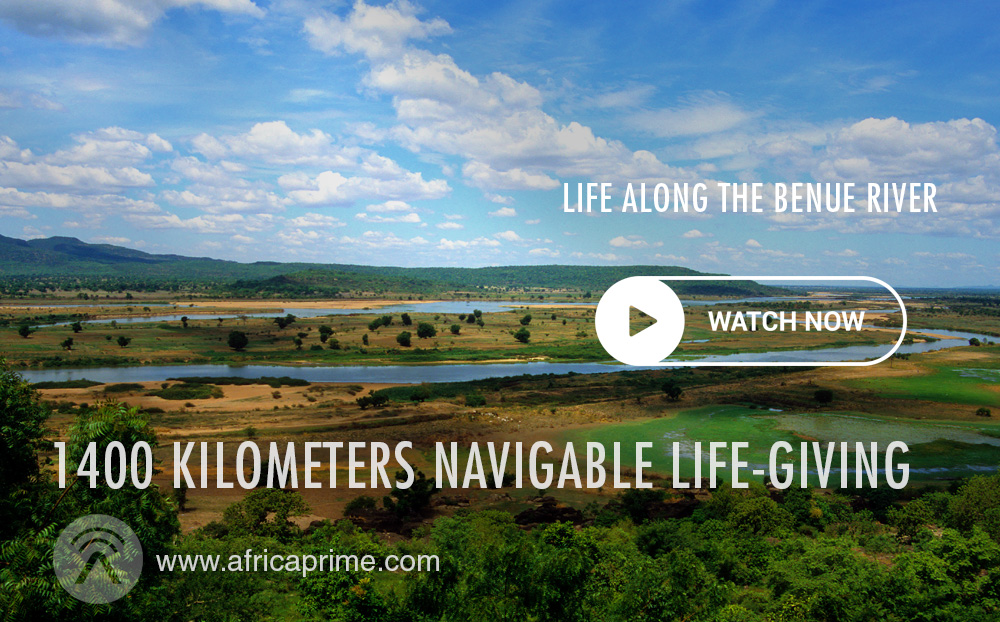 The Benue River (French: la Bénoué), previously known as the Chadda River or Tchadda, is the major tributary of the Niger River.  The river is approximately 1,400 kilometres (870 mi) long and is almost entirely navigable during the summer months.  As a result, it is an important transportation route in the regions through which it flows.

It rises in northern Cameroon as the Bénoué and, in its first 150 miles (240 km), descends more than 2,000 feet (600 m) over many falls and rapids, the rest of its course being largely uninterrupted. During flood periods its waters are linked via the Mayo-Kebbi tributary with the Logone, which flows into Lake Chad. Below the Mayo-Kebbi the river is navigable all year by boats drawing less than 2.5 feet and by larger boats for more restricted periods. A considerable volume of imports (particularly petroleum) is transported by river, and cotton and peanuts (groundnuts) are exported in the same way from the Chad region. Between Yola and Makurdi the Benue is joined by the Gongola, and it then flows east and south for about 300 miles (480 km).