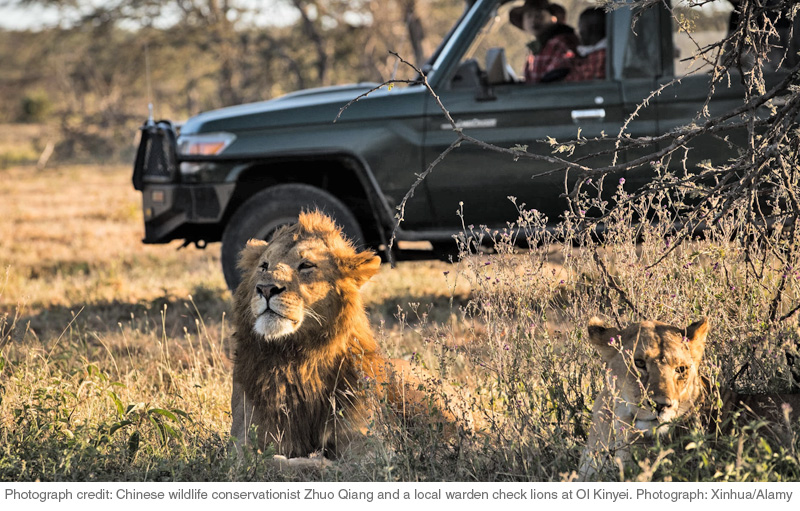 Kenya has lost 70% of its wildlife in 30 years, but conservancy schemes could halt the decline – and benefit local communities Kupai, 47, and his two wives chose to live here after they surrendered 69 hectares (170 acres) of land to the 7,500-hectare conservancy. He is among 240 landowners who gave up their highly valued grazing land for the project. “I cannot graze on that land any more,” he tells me, pointing to a hill far into the horizon, the outer reaches of the conservancy. “It is now owned by elephants, wildebeests and lions.”

In 2018, Ol Kinyei achieved IUCN Green List status for its good governance, sound design and planning and effective management. Conservancies around Kenya’s world-renowned Maasai Mara national reserve have become a lifeline for vulnerable wild animals that continue to experience a decline in their habitat. According to Kenya Wildlife Conservancies Association, Kenya has lost 70% of its wildlife in the last 30 years. Researchers spearheaded by the University of Groningen recently pored over 40 years of data that revealed the negative effects of increased human activity along the Mara-Serengeti boundary. The Mara-Serengeti ecosystem straddling Kenya and Tanzania is one of the largest and most protected ecosystems in the world, spanning 40,000 sq km (15,400 sq miles). The researchers found that areas bordering the Mara-Serengeti have experienced a 400% increase in human population over the past decade, while larger wildlife populations in key areas on the Kenyan side were reduced by more than 75%. Michiel Veldhuis, lead author of the study from the University of Groningen, concluded: “There is an urgent need to rethink how we manage the boundaries of protected areas to be able to conserve biodiversity. The future of the world’s most iconic protected area and their associated human population may depend on it.”

Communities around the national reserve were driving their livestock further into protected areas. This encroachment, coupled with a lack of clear strategy by the government, has brought wildlife conservation to a crossroads. Dickson Kaelo, head of KWCA, says: “A growing population has seen more land that formerly served as dispersal corridors give way to farming, human settlement and infrastructure development. However, inadequate investment in national parks and lack of a strategy to manage the more than 60% of the country’s wildlife outside protected areas has resulted in a more calamitous loss of wildlife species.” The conservancy model, Kaelo says, is one way to tilt this imbalance, and in the greater Mara region, more than 14,000 landowners have embraced the idea by forming 15 conservancies that offer close to 142,000 hectares of refuge to wild animals. Apart from Ol Kinyei, other conservancies in greater Mara include Naboisho, Olare Motorogi, Lemek, Mara North, and Siana.