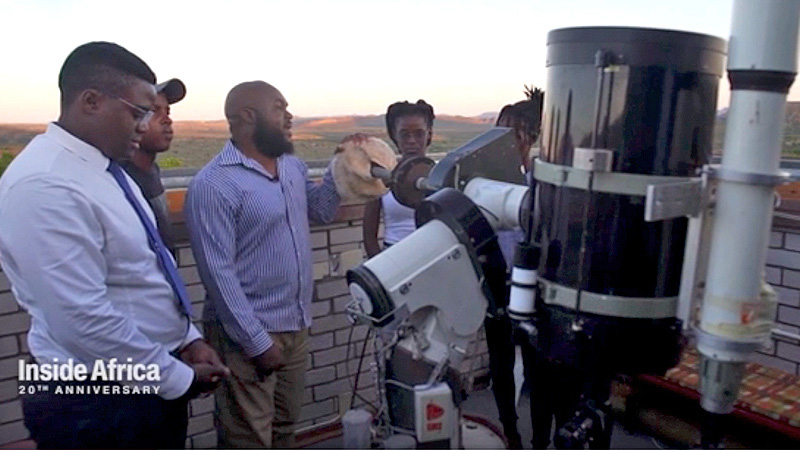 Namibia’s next generation of Astrophysicists

The University of Namibia is running a yearly scholarship program for a PhD and masters student to study astrophysics in preparation for working on the AMT project. “I’d love to be involved in the first video images of our black hole,” said Hiiko Katjaita, a masters student hoping to be a part of the AMT team when it comes to Namibia. The project is also aiming to reach 150,000 school children in Namibia through a mobile planetarium program, an inflatable dome where images of the night sky are projected. “It will travel across the entire country basically going from school to school hopefully piquing the interest of children to follow careers in astrophysics and become our future scientists of Namibia”, said Kasai.

Eli Kasai is an optical astronomer at the University of Namibia, and he is working on a project to bring a millimeter wave telescope to the country, which will be the first of its kind in Africa. Known as the Africa Millimetre Telescope (AMT), Kasai says it could provide the “missing link in the study of black holes.” A millimeter wave telescope is designed to detect radio waves from objects in space whose wavelengths are in the region of one millimeter. These waves can penetrate the clouds of dust between a black hole and Earth. Black holes form in outer space when stars collapse or fall in on themselves and the gravitational pull is so strong that not even light can escape. This makes them invisible to the human eye.

Hotels of Africa, Lodges and Safaris