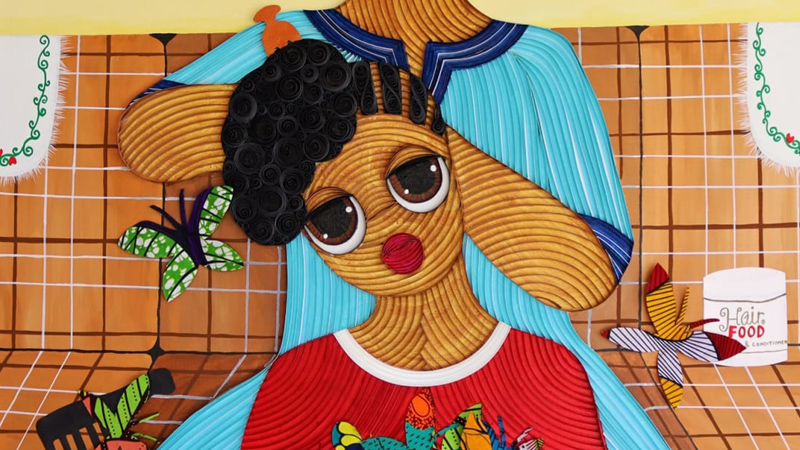 Nigerian artist Ayobola Kekere-Ekun found her medium by chance, but it became a passion that has brought her great success. Taken with the ages-old technique of ‘quilling,’ she fashions gorgeously colorful works not with a paintbrush, but with folded paper. Quilling — sometimes known as paper filigree — dates back hundreds of years and was practiced by European nuns as far back as the 16th century, according to the non-profit Quilling Guild, but Kekere-Ekun stumbled upon the technique by accident.

One day, whilst walking home, she was given a flyer and began to play with it. Creating an artwork this way can take her anywhere from two weeks to seven months, depending on the size and scope of the piece. The process usually starts with a sketch, before eventually becoming a “skeleton” of its future incarnation. Her work has been seen in exhibitions from Lagos to Los Angeles and has even attracted the attention of Alicia Keys and her husband, who gave Kekere-Ekun and others a $5,000 grant as part of an initiative to support artists.

Lebo M on 25 years of The Lion King on Broadway

Burj Zanzibar Tipped to be an Architectural Landmark Attracting Visitors