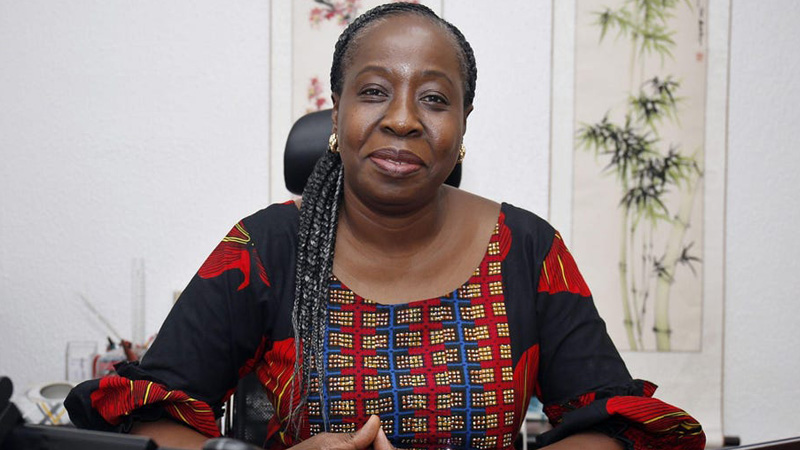 In 2008 when Funke Opeke first proposed building the MainOne undersea cable from Portugal to Nigeria, which was acquired this week for $320-million, people called her “crazy. But the savvy Nigerian expat – who was an executive director for Verizon during her 20-year career working for US telecoms firms – refused to believe them. Some people even genuinely asked her “what if the cable got lost in the ocean?” she told me in 2018 when she was in Forbes’ women in tech feature.

When Nasdaq-listed Equinix bought the company that has expanded into data centres and terrestrial fibre, and also operates in Ghana and Côte d’Ivoire, she must surely be having the last laugh. Her “crazy” idea for the MainOne 7,000-kilometer-long undersea cable from Nigeria to Portugal was fulfilled when it was switched on in July 2010. After it became operational, she realised the rest of the country’s internet environment needed to be upgraded as well.

The Nigerian entrepreneur was lured back to Lagos in 2005 to be the chief technical officer for MTN Nigeria. The most populace country on the continent is not surprisingly the largest market for Africa’s biggest cellular network. But what struck the Columbia University-trained engineer was how poor internet access was in general –­ specifically the lack of enough international bandwidth partly because of how few undersea cables existed then.

“I started working towards ‘how do we close this gap’,” she told me with self-deprecating confidence. “That’s when I began planning for the deployment of an undersea cable.” She approached respected Nigerian businessman Fola Adeola, who she had worked with during a failed attempt to transform the moribund Nigerian telecom utility NITEL after she left MTN. With this support from the founder of Guaranty Trust Bank (GTB) in Nigeria, she built the undersea cable. But no sooner had she done that, then she realised there were still connectivity challenges, not only in Nigeria but all of the West African region.

“I realized other challenges were pushing the bottleneck elsewhere. Now we have the international pipe, but the national and district pipes can’t able to carry that much traffic,” she says. “The infrastructure to consume what we brought in from international waters was just not there.” Apart from its three data centers, MainOne has laid a 1,200km terrestrial fibre network in the south of Nigeria.

This week her perseverance paid off with Equinix’s first investment in Africa.

“Equinix’s long-term strategy to become a leading African carrier-neutral digital infrastructure company,” it said in a statement. “With more than 200 million people, Nigeria is Africa’s largest economy and, along with Ghana, has become an established data centre hub. This makes the acquisition a pivotal entry point for Equinix into the continent.”

Equinix has a $71-billion and already market capitalization owns 237 data centres in 27 countries.