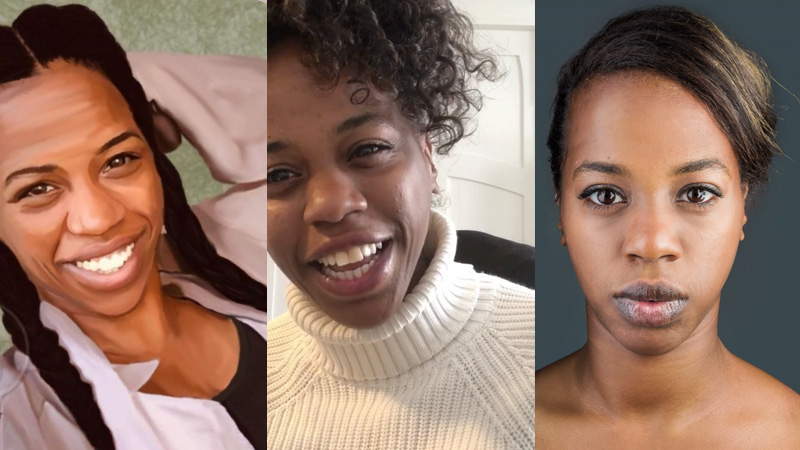 Palestinian actress and film director Maryam Abu Khaled slammed racism in the Arab world in a recent video posted on Instagram, maked comparisons with the racism in the US. Abu Khaled, a black woman from Jenin, said that while black people in the Middle East are not being killed by police, racism is a deep-rooted problem in the region, including passive comments on race that appear to be “harmless” but are actually very damaging.

“Do you know that the things you say ‘as a joke’ can break the spirit of the person before you and shatter their self-esteem?” Abu Khaled said.

In a humours tone, she shared stories of everyday casual racism among Arabs, including hearing parents tell their children not to play in the sun for too long, otherwise they will “get sunburnt and start looking like Maryam”.

She also shared that she once heard a little boy ask his father on the appearance of black people and the father answered with: “Their parents forgot them in the oven.” Abu Khaled said that while statements like these are not violent nor openly offensive, they form a part of children’s understanding and perception of the world.

“People who say these things should stop, because it’s not too late,” she said. “We can still teach the new generation something different, because they are what matters.” Abu Khaled said race can be explained to children more directly without prejudice. “We can explain that people are different, with all honesty,” she said. “Children are truly pure, and they like learning. So teach them what’s right from a young age.

Her video has since been shared widely on social media platforms, with many commending her for speaking out against racism.

“Maryam Abu Khaled, talks about the negative comments that black people are exposed to daily, so that this negative talk gradually by time turns into an intellectual and violent style that threatens humanity and the safety of the upcoming generations. #freedom #BlackLivesMatters,” one Twitter user said.

“The matter is anti-blackness/colorism in the Palestinian community is so normalized and is ESPECIALLY harsh to women. And she’s right. The younger generation has the power to change that,” another user said.