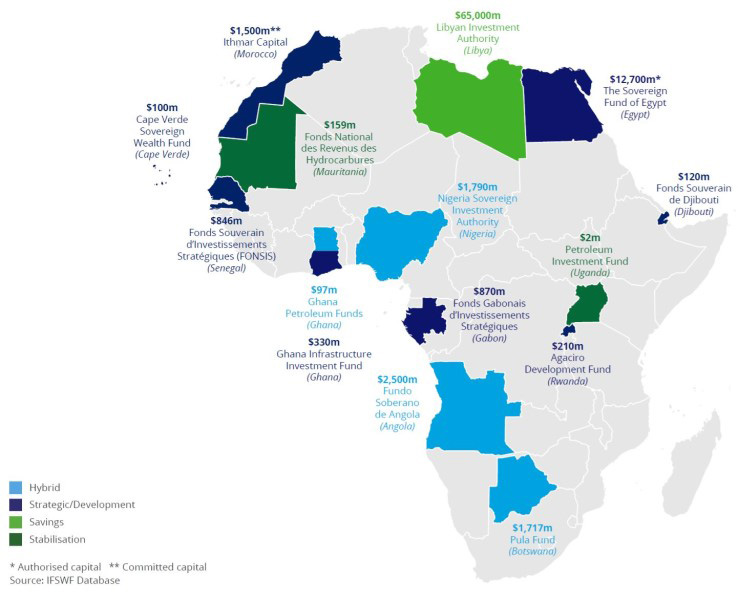 The global pandemic was a moment of vindication for African sovereign wealth funds focused on their local economies as the Covid-19 crisis stoked demand across industries from pharmaceuticals to farming. A report published on Wednesday by the International Forum of Sovereign Wealth Funds and Franklin Templeton found that “for those sovereign wealth funds that do invest domestically, the pandemic has been a boon.” “The demands of the pandemic stimulated domestic industries in which they were already invested, such as health care, agribusiness and digital technology, because their products were in high demand in 2020,” it said.

A dislocation in markets caused by the coronavirus pandemic soon gave way to the challenge of shielding economies in Africa that were already starved of investment and held back by corruption and instability. As wealth funds from Angola, Botswana, Ghana and Nigeria stepped in to help finance public spending, others looked to boost returns at a time of extra low interest rates by considering greater allocations to emerging markets such as China, according to the report. The study consisted of interviews with officials at institutions either operating or planning a wealth fund and included a survey of eight of Africa’s established sovereign wealth funds.

New Breed: “The sovereign wealth funds of Africa are at the forefront of a new breed of state-owned investors that are looking to attract capital into their home economies to accelerate economic development, rather than deploy capital into global financial markets,” the report said. While small by global standards, the size of African wealth funds is “commensurate” with their economies, it said. Excluding the holdings of the Libyan Investment Authority, which are frozen under international sanctions, total assets under management in 2020 reached only $22.8 billion across 13 funds. The Egyptian sovereign fund’s authorized capital accounted for more than half.

Three-quarters of the continent’s funds surveyed were mandated in some form to aid domestic growth. While focusing on driving development in their countries, they must also contend with low levels of trust from international investors that consider Africa to be risky or projects to be too small.

Climate Change: Some of the funds found it harder to direct capital toward projects favoring environmental, social and governance objectives amid a common perception that the idea of climate change is “a way for the West to keep Africa subjugated,” the report said. Instead, they focus on addressing challenges caused by climate change, such as food and energy security.

About 60% of African sovereign wealth funds surveyed had multiple mandates and some of these were grappling with deciding on their priorities and allocating skills. While partnerships with continental peers represent a strategy that could be used to overcome some of the obstacles driving away foreign investment, such “collaboration is only in its infancy,” the report found. Among the funds surveyed, 83% said collaboration with other similar African state-owned investors was insufficient. After the pandemic, sovereign funds in Africa will remain on the frontline of harnessing capital for their economies.

“For those countries that already have hefty debt burdens, sovereign wealth funds will need to play an important role in attracting international capital into their economies to stimulate post-Covid-19 economic growth,” the report said.