HomeNews & ReviewsAgricultureSenegalese Artist Documents the BLM Movement Across the Decades 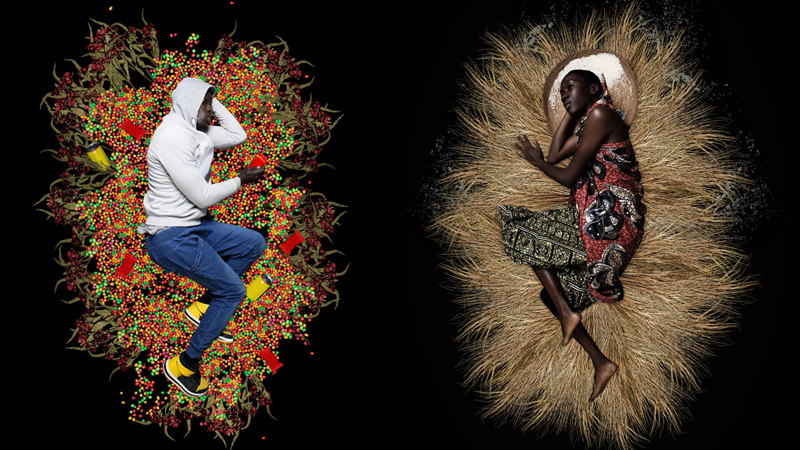 In two separate images by the Dakar, Senegal-based photographer Omar Victor Diop, two Black figures – a man and a woman – lie curled against a dark expanse, one surrounded by a splash of technicolored Skittles, the other against ocher stalks of rice. One is Diop, playing the role of young Trayvon Martin, who was shot and killed in Sanford, Florida, by George Zimmerman in 2012, and whose death catalyzed the Black Lives Matter movement.

The other, played by Diop’s friend Dija, is Aline Sitoe Diatta, a Sengalese hero of colonial resistance who led a boycott against the French government’s seizure of rice harvests during World War II and died in prison for her efforts. The two portraits are part of the series “Liberty” which chronicles events linked to Black protests across eras and countries through the lens of allegory.

Through the images in which he and Dija play the entire cast of characters, slipping into different identities with each photograph – Diop hopes to connect moments and movements of Black resistance from Africa to its diaspora to a larger history and sense of identity.

Placed together, the two mirror each other, though they are separated by nearly seven decades and an ocean. “Both Trayvon and Aline were very young when they were killed, and I really wanted to show the vulnerability of youth,” Diop said. “No matter how much potential, no matter how much righteousness and ambition and hunger for life [they] had, they died all alone.”

“The art I produce is an attempt to build another bridge between these [groups of] people that are actually one people — that were separated by history and slavery and the colonial era,” Diop said. Black Americans, for example, rarely have a full picture of their lineage, with slavery dividing families, changing names, and making record-keeping impossible. “When an African American looks back at their history, actually, they [often can’t] go further than Juneteenth,” Diop explained. “[Their] history is far less traceable past that date.”