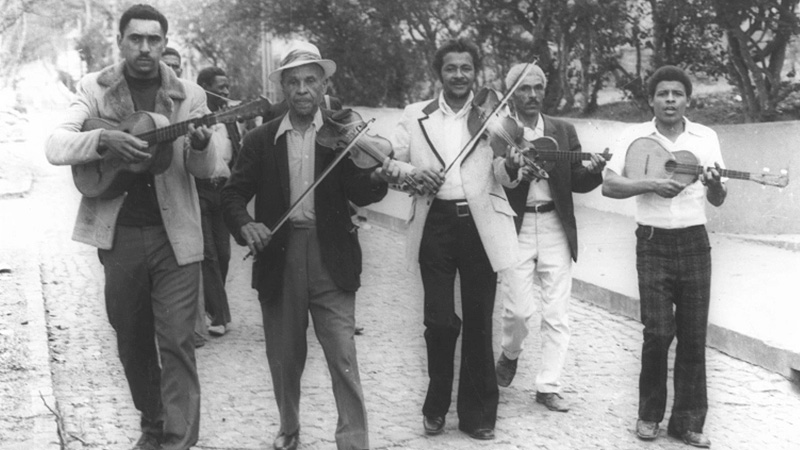 How a music shaped by slavery, epidemics, famine and mass migration travelled the world, narrating stories of suffering and resistance. Mariana dos Santos was 18 years old when she left her home in Cape Verde, the archipelago of volcanic islands off the coast of West Africa, for neighbouring São Tomé and Principe. It was 1954, and she had been given a contract to work picking coffee, coconut and cocoa at a plantation. She joined the thousands of Cape Verdeans leaving the country to work as labourers in other Portuguese colonies – something promoted by the colonial authorities as a way of alleviating demographic pressure on the islands and filling labour gaps abroad. “I felt like it was time, I was grown up enough and I had to go look for a better life,” the now 85-year-old tells Al Jazeera.

On the day Mariana was set to leave, her boyfriend João accompanied her to the port with his guitar. He serenaded her until she boarded the ship. The song, Sodade, was written down with some modifications by a local salesman, Armando Zeferino Soares. Years later, it would become one of the world’s most famous Morna, a Cape Verdean musical practice believed to date back to the 18th century. Born out of the slave trade. “Cape Verde is born out of the experience of forced migration,” explains Edson Brito, a historian working at Cape Verde’s Cultural Heritage Institute.

The ten-island archipelago is one of the few nations in the world to be born out of the transatlantic slave trade. In the 1400s, Portuguese settlers occupied the islands, turning them into a trading post where enslaved people would be taken from West Africa and trafficked to Europe and the Americas. After the abolition of slavery under the Portuguese empire, recurring droughts and desertification in Cape Verde resulted in periods of famine and epidemics. This led to several eras of mass migration which shaped the history of the nation – like the one that took Mariana to São Tomé and Principe for more than 10 years. It was against this backdrop of emigration and return that Morna was born. And in December 2019, it was recognised by UNESCO as an intangible cultural heritage of humanity.

Initially performed by women who were brought into the archipelago from West Africa and forced into slavery, improvised songs were used by “Cantadeiras” (women singers) to speak of day-to-day affairs – often taking on a satirical format. “People would be placed on the island and forced to take care of cattle, and it is believed that Morna comes from an ancestral African rhythm called Lundum or Landú. Until today, if you travel to Boa Vista island, people still practice Landú in weddings,” explains Brito, who was a member of the commission that provided supporting evidence for the UNESCO application. Despite there being some consensus on the origins of Morna amongst the country’s scholars, Cape Verdeans are not always as quick to agree. Brito explains that because of the archipelagos’ fragmentation, people were historically unaware of what happened on neighbouring islands.

“When I was travelling throughout the country, most elders would tell me with certainty that Morna was born on their island. We are a discontinued country. Only around the 1940s, with the arrival of broadcast radio, does this begin to change.” Over time, Morna, also known as “música rainha” (“queen music”), underwent several changes to its melodic and rhythmic characteristics, becoming the slower, more mournful version heard today. Characterised by three dimensions of melody, poetry and dance, Morna is often sung in Kriolu, Portuguese-based Creole, though it can be instrumental, too. Eugénio Tavares: poet and composer. In 1867, Eugénio Tavares was born on the island of Brava. At the age of 12, he started publishing poetry and soon became one of Cape Verde’s most prominent poets and Morna composers.

Tavares lived through the aftermath of the abolition of slavery in 1875, as well as waves of hunger that led hundreds of Cape Verdeans to leave for the United States. “This period coincides with one of the first periods of mass emigration of Cape Verdeans to North and South America, predominantly the United States and Argentina. Whaling ships would stop for fuel and would take sailors with them,” explains Brito. The Cape Verdeans, who predominantly settled in Boston, New Bedford, Providence and Nantucket Island, took Morna with them. Tavares spent a decade in exile in New Bedford, where he started his own newspaper and became a fierce advocate for Cape Verdean independence.

Mansa Musa of Mali: the richest person who ever lived