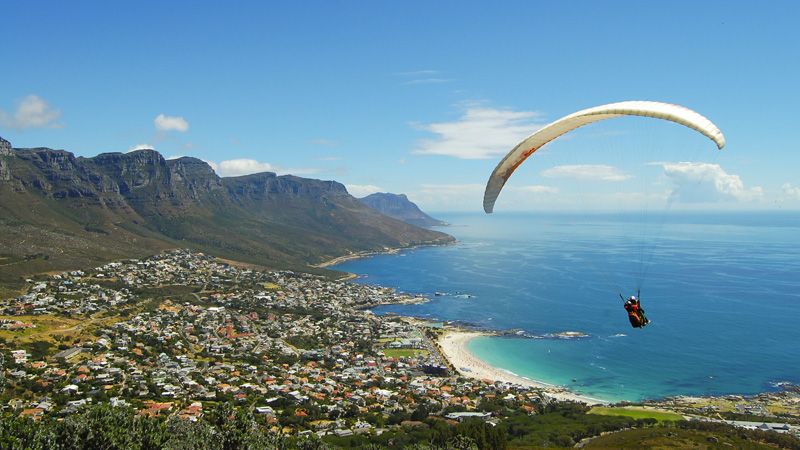 Long-term solutions tackling the lack of diversity, equity and inclusion in the travel industry, particularly in the U.S. and Europe, have been surfacing over the past eight months since last summer’s global racial protests, albeit at a snail’s pace.

On the other side of the Atlantic, one destination is creating change where it’s least expected: at the top. In a bold move that has startled its tourism industry, which continues to reel from Covid’s impact, South Africa’s government this month opened an $82 million “Tourism Equity Fund” to provide capital — through a combination of debt finance, concessional loans and grants — to qualifying new or existing tourism and hospitality projects that are at least 51 percent Black South African-owned and controlled.

Spearheaded by South Africa’s Department of Tourism, in collaboration with the Small Enterprise Finance Agency (SEFA), this public-private fund is the first of its kind in South Africa — and possibly at a global level — in that it is expressly intended to diversify the country’s tourism industry, which is predominantly white-owned and operated, by opening the door to ownership and equity for South African entrepreneurs of color of varying socioeconomic backgrounds, including women and youth.

“No one saw this coming, it was a big surprise,” Naledi Khabo, Africa Tourism Association CEO, said. “Everyone expected a big relief package but they didn’t expect this type of package.”

Black South African tourism leaders and entrepreneurs have said the fund was a step in the right direction.

South Africa’s tourism equity fund is a bold, innovative effort with the potential of shaking up the future of tourism experiences in one of Africa’s most popular long-haul destinations. If successful, it could have an influential effect on other tourism destinations at a global level, the majority of which remain plagued by similar equity and inclusion issues.

But there’s already pushback on the tourism equity fund, as expected in a country that continues to battle the vestiges of a racially divided past.

Afrikaner trade union Solidarity, with 200,000 members across various sectors of the economy, and Afrikaner civil rights group AfriForum, are planning to file a lawsuit against the Ministry of Tourism over what they described as a “racist tourism fund.”

“You’ve got a lot of people drowning at the moment and government has life saving equipment in the form of 1.2 billion rand, which to be fair is also not a huge amount but could make a huge difference to a bunch of people,” Morné Malan, head of communications for Solidarity, said. “So for government to abuse this opportunity or to use this opportunity to launch new businesses, it’s just not ideal, and it seems callous at the moment.”

In the meantime, the tourism equity fund is open to applications and it’s all the buzz among South Africa’s Black entrepreneurs who have long dreamed of a stake in tourism.

“It’s been very hard because there’s only a handful of people that really own the funding structures in South Africa and in Africa, and it’s the same white boys, it’s the same venture capitalists around the table,” Bheki Dube, CEO of Curiocity Africa, a chain of hybrid lifestyle hotels in Johannesburg and Cape Town, said. “What [the fund] will do is it will create the foundation for black businesses, not only to remain in a cottage industry level but also to scale to grow and to have a strong market.”

“The tourism sector may be one of the last sectors that hasn’t been positively impacted by BEE policies until now, that and mining,” Khabo said, referring to the Broad-Based Black Economic Empowerment (B-BBEE) legislation passed by the South African government in 2003 to redress the inequalities of apartheid. “It’s still dominated by white folks.”

Pre-pandemic, tourism in South Africa accounted for approximately 2.9 percent of the gross domestic product and 8.6 percent in indirect contributions. According to the World Tourism & Travel Council, tourism also contributed almost 10 percent of all employment in South Africa.

As of December 2020, South Africa’s Covid-19 tourism industry survey results, run monthly since Covid across various sectors of the industry in collaboration with the World Bank’s International Finance Corporation, revealed that out of 480 respondents, 92 percent of businesses had revenue remain down more than 50 percent in October 2020 as compared to October 2019, while 58 percent were unable to service their debts. Twenty-three percent remained temporarily closed — an improvement over 61 percent closures last June, while approximately five percent have closed permanently.

Covid relief funds from the government have been minimal for tourism businesses thus far, to the tune of approximately $3,400 and also prioritized Black-owned enterprises under the Black empowerment law.

Dube said that the small state support helped pay for staff salaries, but that the majority of funds that supported his hotels came from the Curiocity Africa community, while noting that considering the success of tourism in South Africa in the past 26 years, one would have expected more relief from the government from all the industry’s tax reserves.

This week brought a ray of hope — after a near yearlong pandemic devastation that has kept tourism on its knees, including multiple lockdowns and flight bans due to a Covid variant, South Africa launched its first round of vaccinations this week, with the arrival of 80,000 doses of Johnson & Johnson shots. It’s brought a much needed boost in optimism to the sector for the first in almost a year.

The road to recovery ahead remains long, but the government sees balancing the scales of equity as part of the recovery and restructuring of a sector that has been decimated.

“What part of Covid did to us is that it re-conscientized us, it made us want to clean up our business models, rethink on new layers and new foundations on how we grow and scale these things,” Dube said. “And I think that’s what happened as well in the government, it’s come up with really strategic ways in how do we recover the economy.”