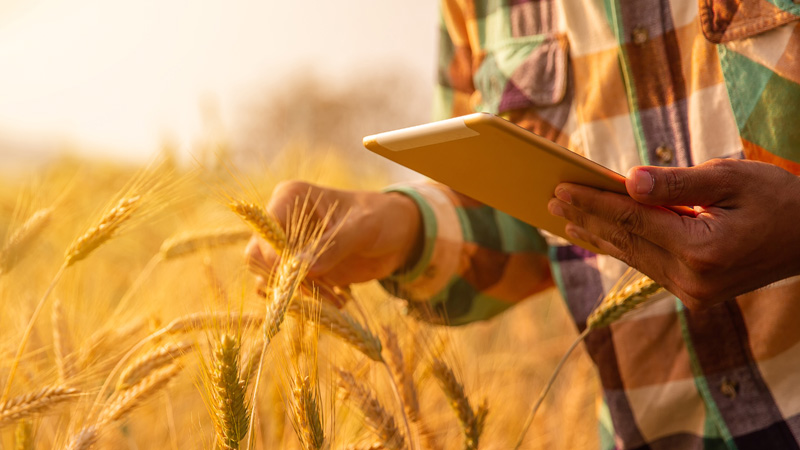 South African agri-tech startup Skudu is helping agribusinesses lower input costs while increasing yields by mastering agronomy, or soil science, through technology. Launched in 2018, Skudu came about after Andries Sotfberg, an agronomist with 20 years experience, became frustrated with inefficiencies within his industry, such as the length of time it would take to generate a report or the depleting access to independent agronomists. He worked on an algorithm that would allow a computer to do most of the work an agronomist does, and in 2016 approached Kevin Cuthbert and Cobus Van Der Merwe – who had worked together for decades running successful agribusinesses – with a working prototype. Funded and developed, by 2018 the algorithm was able to process over 1,600 cultivars, and had proven itself with test pilots.

At this point, the trio realised they would need to find a way to put the algorithm in the hands of as many people as possible, and needed a partner that specialised in platform development. They were put in contact with Daniel Novitzkas and Jacques Jordaan, experts in cloud-based platform development and the co-founders of Specno – a software development consultancy. The two companies decided to partner, trading equity and moving into a shared office, eventually taking part in the Akro accelerator in Cape Town as it pursues aggressive growth.

“Our proprietary algorithm is the world’s first that is able to provide a comprehensive guideline on how to correct your soil to achieve your targeted yields. Our cloud platform is available to farmers, agronomists and to agribusinesses,” Novitzkas, now head of product at Skudu, told Disrupt Africa. For farmers, the platform is offered for free and allows them to digitally manage their farm, from what dosage of fertiliser to apply where, to reporting, to block management and note taking, with multi-user access and offline functionality.

For agronomists, it acts as a tool to generate reports at a much faster rate – add your own norms and customise pre-generated reports to your satisfaction, or create a ground-up recommendation with premade templates. “The platform just speeds up your job. Agribusinesses can register their agronomists, agents or farm managers on the system and have an admin panel to see which farmers each person is serving, what is being grown where and what is being applied, reporting tools on efficiency and yields and a number of other management tools,” said Novitzkas. This is filling a growing gap. With fewer and fewer people studying agronomy, the prices of sub-par agronomists have been pushed higher and higher, while these agronomists can only service so many clients at once.

“Our tool allows an agronomist to service significantly more farmers and give better results. To agri-companies employing their own agronomist, this tool allows them to greatly increase the number of customers they are servicing, and our admin tool provides highly valuable insights to them,” Novitzkas said. Funded by the founding partners, Skudu released its public beta last May, and has been consistently iterating and adding new features since. It already has a number of paying agribusinesses, with dozens of agronomists signed up. Only operating in South Africa for now, the team nevertheless built Skudu with other markets at the front of their minds. “We have designed our system to scale internationally. We have partners approaching us to enter into Zambia and a few Northern African countries. We have also identified the UK as our next market,” said Novitzkas. Skudu, which makes money via a subscription model and is post-revenue, faces one major challenge – overcoming complexities in order to build a customer base. “The end product is really complicated, so it has been difficult to get farmers on to the system,” Novitzkas said. “It has been much better doing training seminars with agronomists showing them how to use the platform.”

Why are Africa’s coronavirus successes being overlooked?