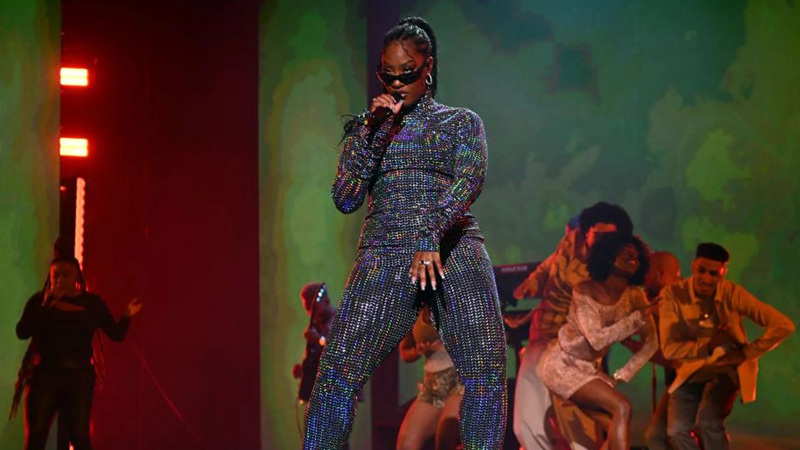 Tems Is the First Nigerian to Debut at No. 1 On Billboard Hot 100

Tems performs at the MOBO Awards 2021.

Tems has officially become the first Nigerian artist in history to have a No. 1 debut on the Billboard Hot 100 chart.

The huge achievement comes due to her feature on Future‘s new single “WAIT FOR U,” off the Atlanta rapper’s latest album I NEVER LIKED YOU—a track that sees the buzzing Nigerian contributing her soaring vocals to both the verses and chorus of the song.

“WAIT FOR U” also features the added star power of Drake, who also recently had Tems featured on his album Certified Lover Boy (on “Fountains”).

“Soon as I heard the Tems sample over ATL Jacob Instantly connected to my soul,” Future later tweeted. He added, “Even tho wait for u is a sample and not an original recording I still put featuring Tems if u wasn’t familiar with her work. Thank u Tems.”

Tems is no stranger to Billboard success as last year, her and Wizkid’s massive hit “Essence” became the first Nigerian song to crack the Top 10 on the Billboard Hot 100 chart.

For their part, Billboard have taken a deeper and more official interest in afrobeats as, earlier this year, they officially launched the Billboard U.S. Afrobeats Chart alongside Afro Nation. The 50-position chart will rank the most popular afrobeats songs in the United States.

Tems‘ latest large solo offering was the If Orange Was A Place EP, which dropped September of last year—and we all eagerly await the next one.