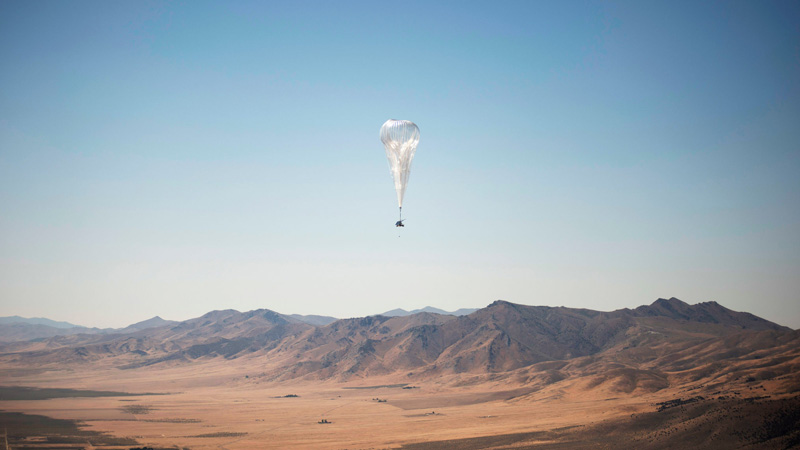 NAIROBI, Kenya — A fleet of high-altitude balloons started delivering internet service to Kenya on Tuesday, extending online access to tens of thousands of people in the first-ever commercial deployment of the technology.

The balloons, which hover about 12 miles up in the stratosphere — well above commercial airplanes — will initially provide a 4G LTE network connection to a nearly 31,000-square-mile area across central and western Kenya, including the capital, Nairobi.

Loon, a unit of Google’s parent company, Alphabet, launched 35 balloons in recent months in preparation for Tuesday’s start. It is collaborating with Telkom Kenya, the East African nation’s third-largest carrier.

The balloons had previously been used only in emergency situations, such as in Puerto Rico in 2017 after Hurricane Maria wiped out cell towers.

Loon bills the service as a cost-effective solution to the difficult challenge of bringing internet access to people in underserved remote areas. The Kenya venture is being closely watched by telecom providers in other countries as a test of whether the technology is reliable and the service can be profitable.

Some technology experts have said the balloons would be better deployed elsewhere. Kenya already has far more of its citizens connected to the internet, an estimated 39 million out of 48 million people, than many other countries in the developing world.

But Loon’s leaders, who inaugurated the balloon service after two years of testing, said they had chosen Kenya because of its openness to adopting new technologies. “Kenya is an ideal place for us to begin this new era of stratospheric communications,” Alastair Westgarth, Loon’s chief executive, said in an interview conducted by email. “The country has been incredibly innovative about finding new ways to connect unconnected populations. As a new, innovative technology, this is a great fit.”

The balloons, made from sheets of polyethylene, are the size of tennis courts. They are powered by solar panels and controlled by software on the ground. While up in the air, they act as “floating cell towers,” transmitting internet signals to ground stations and personal devices. They last for well over 100 days in the stratosphere before being returned to earth.