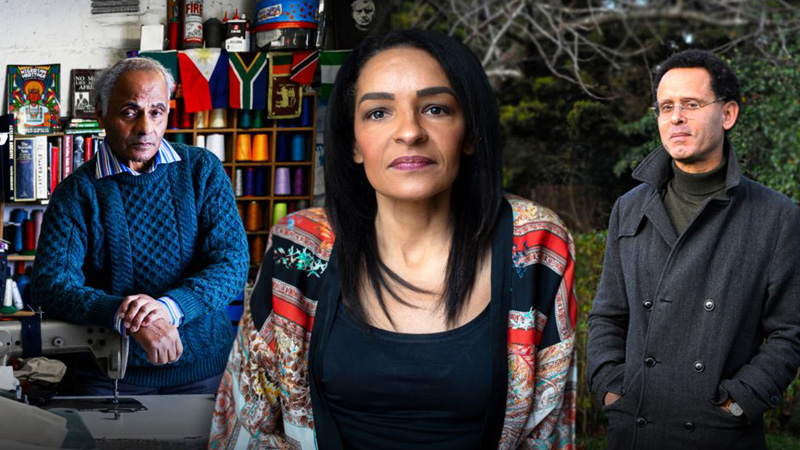 The Surprising story of African-Irish children

In the 1930’2-1960’s, thousands of students from different African countries were studying at Irish universities. Some had children outside marriage, who were then placed in one of Ireland’s notorious mother and baby homes. Today these children, now adults, are searching for their families.

As a child, Conrad Bryan wondered if his father was a king. He was from Nigeria – or so he had been told – a place Conrad imagined was far more exciting than the orphanage outside Dublin where he lived. “When you want something and you can’t have it, your imagination takes over,” he says.

Despite his persistent questions, the nuns couldn’t tell him anything about his father’s family – or about kings in Nigeria. In 1970s Ireland, the only things he learned about African countries were from the TV, or stories about the black children pictured on the charity boxes people would donate money to during Lent. When a missionary priest who had returned from Nigeria came to the orphanage, he spoke to Conrad, who was fascinated by his stories of Nigerian tribes. The priest told the boy his father might not have been a king exactly, but a doctor who studied in Ireland.

Conrad worked hard at school and as he grew older longed to find a job, so that one day he could afford to travel to Nigeria. The one detail he had been told about his father was his surname – Koza. Conrad was born in Dublin in 1964 to an Irish unmarried mother. He spent his early life in one of Ireland’s infamous Church-run, state-funded mother and baby homes, St Patrick’s on the Navan Road. At that time, most unmarried women didn’t keep their children. The stigma made it impossible to get a job or rent a flat, and there was no state support available for women in this situation.

Conrad’s father was one of many African students who had come to study in Dublin. In the 1960s, the Irish government ran schemes supporting them in learning skills that would help them build up their own newly independent states. Most enrolled in Trinity College, University College Dublin, and the Royal College of Surgeons, studying subjects like medicine, law, and government administration. By 1962, at least 1,100 students – or one tenth of Ireland’s student population – were African, from countries like Nigeria, Ghana and South Africa, where there were strong links with Irish missionaries.

By 1967, an Irish military college had accepted a delegation of Zambian cadets. “It’s natural… that Zambia’s young officials would be trained in a small independent country like Ireland, a country with no history of imperialism,” a TV news report said at the time. But the students weren’t always welcomed by the wider population. News articles reported attacks on African students and mentioned “difficult landladies” – a reference to housing discrimination, according to Dr Bryan Fanning, author of Migration and the Making of Ireland. Though some of the students had relationships with Irish women, it was rare that these led to marriage in the culture of the time.

Many of the children from these relationships spent their early lives in mother-and-baby homes and were placed for adoption. Irish adoptions at the time were carried out under a closed system – where there is no contact or sharing of information between the adopted child and the natural parents. To this day, adopted people do not have a statutory right to their early life files. Others, like Conrad, who were not adopted, were transferred to orphanages. For a child born outside marriage, their father’s name would not typically have appeared on their birth certificate. Some have spent years trying to discover their heritage.