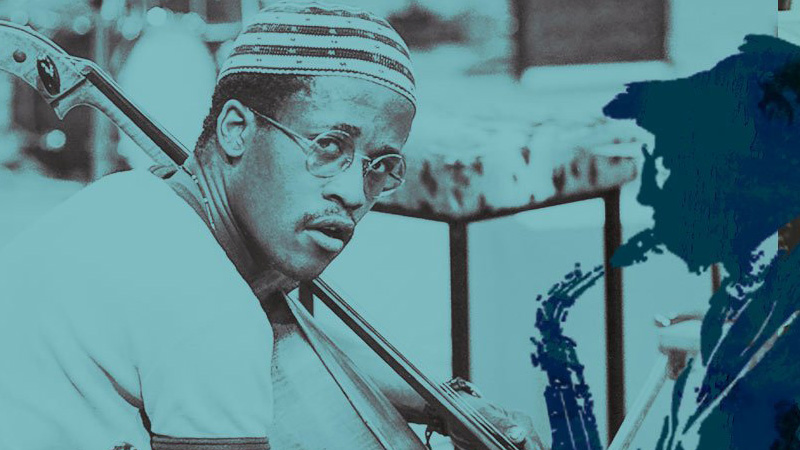 It was in July of 1964, that the members of Cape Town-based band, The Blue Notes, boarded a plane and headed for the world famous Antibes Jazz Festival in Juan-les-Pins, France. All were leaving South Africa for the first time, and many would never return. They were considered the best jazz band in the country, but because the sextet was multi-racial they were marginalised by the Apartheid state which made it difficult for its members to perform as a group. With passports secured they escape to Antibes. It wasn’t just a career opportunity, it was an asylum from the institutionalized, racist nightmare of their homeland. The history of improvised music, and for free jazz which came to embody the sound of the global Black liberation movement, it would also became much more. The legend that the Blue Notes would forge in Europe, over the next quarter century, both as an ensemble and as individual players, constitutes one of the most under-appreciated legacies of jazz history.

The Blue Notes who travelled to Antibes were, after all, a group of Cape Jazz all-stars. Chris McGregor, one of the group’s founders, was a white missionary schoolmaster’s son, a classical piano virtuoso whose love of Xhosa melodies pushed him towards jazz. Eventually, he began playing with alto saxophonist / composer (and co-founder) Dudu Pukwana, and tenor saxophonist Nick Moyake, both of whom were already lauded in Cape Jazz circles. The trio was joined by Louis Moholo, a young drummer who’d been winning awards at SA jazz festivals, and bassist Johnny Mbizo Dyani alongside trumpeter Mongezi Feza, a pair of teenage prodigies. The line-up’s national prominence peaked at 1963’s National Jazz Festival in Johannesburg, where they participated in the recording of the smash big-band album, Jazz —The African Sound. That success, though, did nothing to alleviate their inability to perform freely. So when the chance arose to follow the likes of Miriam Makeba, Hugh Masekela, and Dollar Brand out of South Africa, the Blue Notes did just that.

By all accounts, the Antibes appearance was a smash. The group remained in Europe, invited by Brand (later: Abdullah Ibrahim) to Zurich, where he’d settled, for a stand at the Club Africana. They would use that club as a base for gigs both in Geneva and around Switzerland in general throughout late 1964 and early ‘65. It was while in Zurich that the Blue Notes lost Moyake, whose health issues forced him to return to South Africa. (He’d pass away from a brain tumor in 1966, at the age of 31.) Ronnie Beer, another Cape Town expat, replaced Moyake on tenor for the group’s appearance at London’s famed Ronnie Scott’s club in April 1965; the spell they would exude over audiences, critics, and especially other players was transformative. In a 1993 reminiscence in The Wire, producer Joe Boyd described the power of the Blue Notes in mid-to-late ’60s London: “The thought of the lightweight stuff we all raved about, when compared to the divine inspiration which poured from those men, makes me humble and sad.”

A large part of what made the Blue Notes arrival in the UK so special was that the music they were playing—or, more specifically, the mix of musics—was revolutionary for London listeners. Previously, the South African jazz that had made an impact in Europe had been easier to exoticize and compartmentalize. The landmark 1961 London production of Todd Matshikiza’s musical King Kong brought some of the greatest South African jazz players from the previous generation to Europe, and globalized the melodies of kwela and marabi. But King Kong was made for theatrical audiences, and was filled with racial and social stereotypes. The South African expats who were becoming global stars in the West were either showcasing Black South Africa’s neotraditionalism (Makeba’s interpretations of well-known folk songs, for example) or engaging established jazz forms. Meanwhile, Europe was bogged down in bop and swing, and England’s blues revival was powering rock and roll’s big moment. A kind of musical conservatism was the norm.