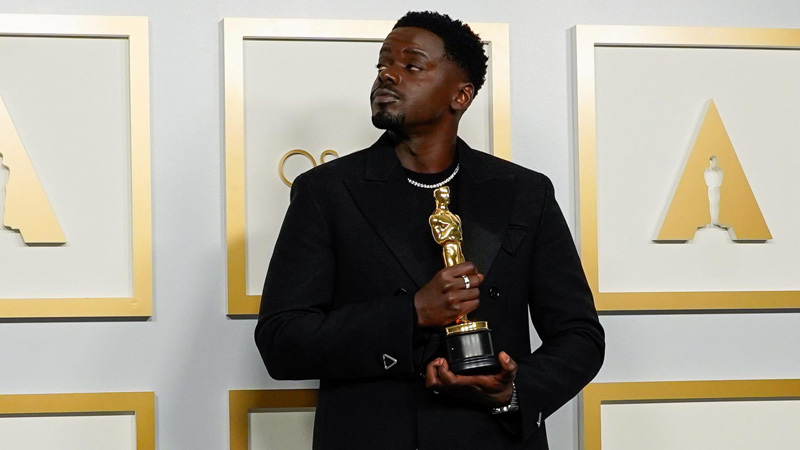 Celebrated actor Daniel Kaluuya’s recent win at the Academy Awards on April 25 has united and divided Ugandans almost in equal measure. The controversy is not over whether Kaluuya, who won best supporting actor for his role in Judas and the Black Messiah, is deserving of this success. He has undisputed talent, clinching major roles in blockbuster films such as Get Out, with a number of others, including Black Panther 2, lined up. Rather, Ugandans are engrossed in a debate over whether Kaluuya’s success can be claimed as a win for Uganda, the home country of his parents, or whether he should simply be celebrated like any other international star. Some like to own the British actor as a Ugandan by descent, while others point out that had he been born and raised Uganda, his super talents likely would not have been fully realized. It is a debate that spotlights the complexities of diaspora identity, as well as some of the missed opportunities by African countries to nurture their own artistic and creative talent.

Born and raised in London, Kaluuya, 32, rarely misses an opportunity to celebrate his Ugandan ancestry and heritage—even mentioning Kampala in his Oscar acceptance speech.

“My family is from Uganda. I come from a big Ugandan family, it is no joke, my mum is one of 22 kids and my dad is one of 49. My family sperm is literally about that life,” he said during his Saturday Night Live monologue earlier this month. But that is as far as some Ugandans believe the country’s ties to the actor can rightly stretch.

Responding to an article titled “Ugandan-born Kaluuya wins best supporting actor Oscar” by the government-owned New Vision newspaper, Ugandan writer and activist Kalundi Serumaga challenged the local media to focus on helping the country build local talent instead of “tying itself on the success of others.” The newspaper’s headline, ironically, was inaccurate in claiming that Kaluuya is Ugandan-born. The star was born and raised by his mother in London, and developed his skills at local theaters before performing at the Royal Court and in British television shows.

“The critical point here is that his Uganda link has ZERO relevance to his career and its progress,” Serumaga wrote. “Dragging in ‘Uganda’ at this point is just opportunism. Next you’ll be doing DNA tests on famous Black Americans. A more useful story would be to examine why his mother left Uganda.”

Serumaga, who once managed Uganda’s lone theatre house, the National Theatre, is a vocal critic of the country’s gross underinvestment in the creative industries that would nurture talents such as Kaluuya. Africa’s entertainment industry broadly is booming, with the global success of Nollywood, local artists, and homegrown startups generating billions in revenue. But these successes are often consumer driven, as opposed to a result of significant and sustained private and public investment.

Artists also risk colliding with local politics. When a Ugandan artist or athlete steals international headlines for good reasons, they are often embraced by the government for example, within limits. That became evident when popstar-turned-politician Bobi Wine gave president Yoweri Museveni a run for his money in January elections. Wine was banned from performing for a couple of years before the election, and artists who backed him have suffered reprisals. Performing arts groups have been placed under a Covid-19 lockdown for over a year, with no plans for when live events will start again.

This bitter struggle reared its head when Uganda attempted to host the MTV Africa Music Awards in Kampala earlier this year. The awards were suspended indefinitely on Feb.4 following a sustained local and international campaign that urged individual artists to boycott the event given the political situation. The debate over whether countries can reap the success of artists who have made their livelihood elsewhere isn’t restricted to stars of the diaspora. The example of Kenya’s social media sensation Elsa Majimbo, who found fame with her comedic TikTok videos during last year’s coronavirus lockdowns, is instructive.

Her Twitter bio features a South African flag, and she doesn’t shy away from reminding her followers that she has found greater affinity with her South African fans, while struggling with issues of colorism in her home country. “Kenya is my home… You get an attachment to your home,” Majimbo said in a December interview with Naomi Campbell. “But I will say the place that has brought me down the most, if we’re being very honest is Kenya.”