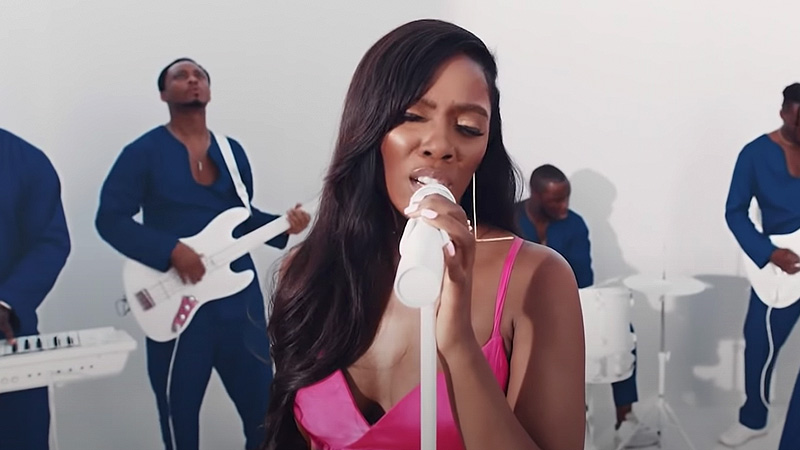 The Nigerian star took things to an empty location around Eko Atlantic, Lagos state and kicked things off with a lone dancer. The performance then took place on an all-white boxed stage, during which Tiwa—in an eye-catching pink dress—was backed by a full band dressed in blue.

Tiwa Savage recently shared the track list to her upcoming album, Celia, which is due August 28. “Dangerous Love” is its lead single and other tracks will feature appearances from Davido, Naira Marley, Sam Smith, Hamzaa, Stefflon Don, and Dice Ailes.

Tiwa also recently released two remixes to “Dangerous Love,” including an amapiano take on the single.