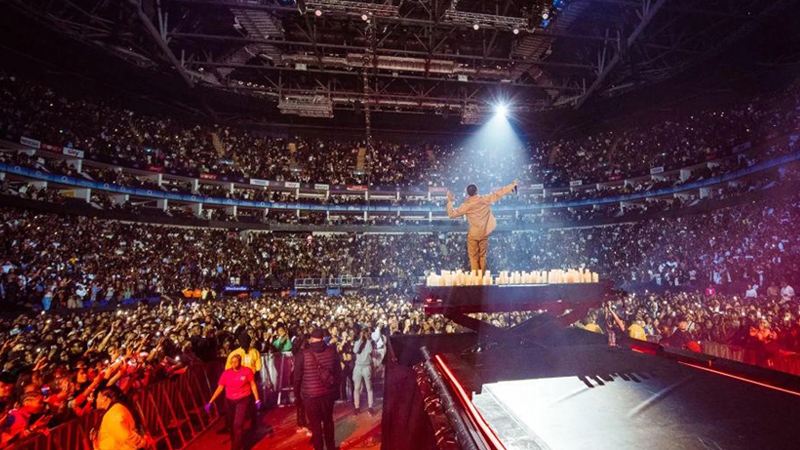 The night started with Wiz entrusting his longtime friend and resident spinner, DJ Tunez to get the party started, and boy, did we party. Time does not exist when you put a bunch of Africans in a room with good music. The Nigerian-American performer delivered hit after hit as he prepared the massive crowd for Starboy’s act. Amongst a plethora of shoutouts to the ladies, Tunez let the room know that a lifelong dream brought him to MSG’s stage—and based on the magnificent lineup of tunes he gifted us with, we’re glad his dream became a reality, too. After lighting the room on fire, Tunez gave the crowd his most convincing “Are you ready to see Big Wiz?” of the evening, and we knew it was showtime. As darkness settled in the 20,000-plus capacity stadium, the anticipation built as Wiz’s band assembled themselves, all dressed to the 9’s in their matching white ensembles. The first few beats of 2018 hit “Fever” echo through the room and there he was, with his signature fur coat: Starboy had arrived.